I’m still on the ‘how-to-blog’ learning curve. I’m reading that on a personal blog I should blog about things close to my heart, while not being too overly personal. However, still be somewhat informative. I thought those things weren’t all that mix-y, but I did think of something that covered all the bases. I hope!

I was going to post one entry on this topic, but I’ve got more to say about it than I thought, so have decided to split it into separate entries and build it up in parts. Well, that way if I ever want to add to it, I can! Enough blathering, let’s go on with it.

For longer than I can remember I’ve been going on holiday to Portugal. The Algarve to be more precise. I’ve got fuzzy memories of my earliest holidays with the family in the Algarve. The dust roads, beaches and a distinct feeling that I hated the sea.

I’m told that my first real outing there was when I was around 6 months old. I’m 27 now. Between that time I’ve been going to Portugal at least twice a year. At most, four times. I’m not going to do the maths on that one.

Over those years I’d to think I’ve got a good grip on what’s great and what’s not over there. So, thought I’d impart some wisdom. If any of you are thinking about going there…

It’s all beaches and golf, isn’t it?

Let’s get this out-of-the-way. When people think of The Algarve first two things that probably come to mind are the beaches and golf. One of those things I know very, very little about. I’ll attempt to cover the other! 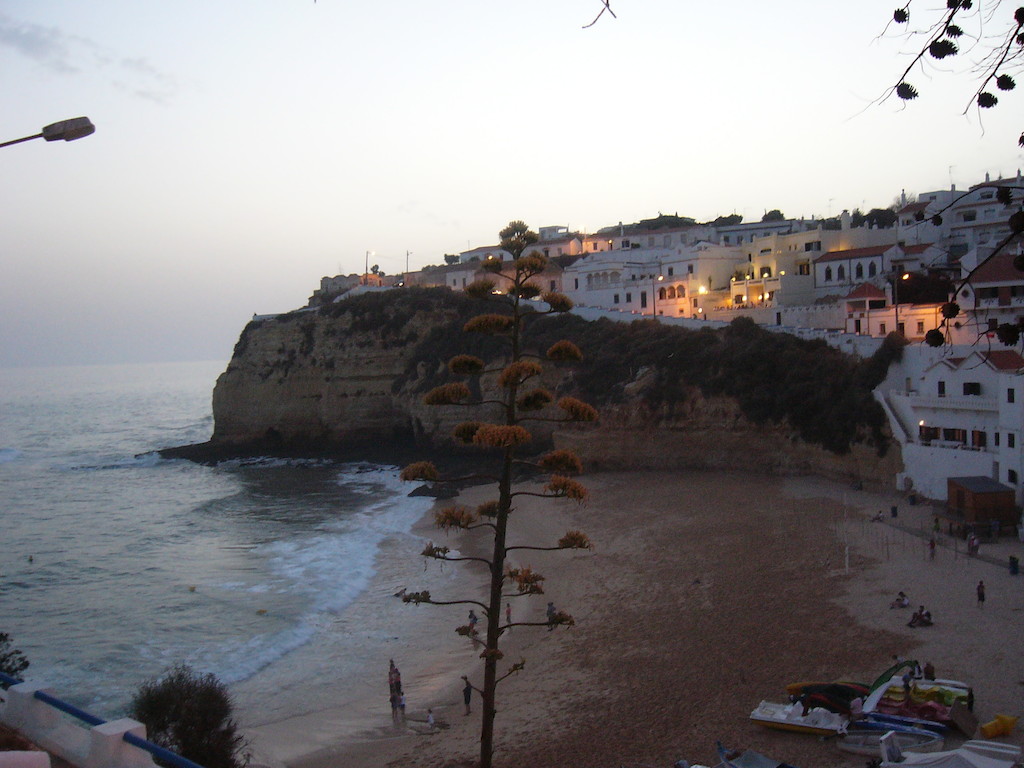 I spent my childhood holidays in Carvoeiro. What used to be a small, fishing village about an hour west of Faro airport. There’s a popular, but small beach, in the town centre. However, venture further into the town and you’ll find plenty of cove like beaches that are nicer, slightly quieter and often the cold Atlantic water is a little warmer. 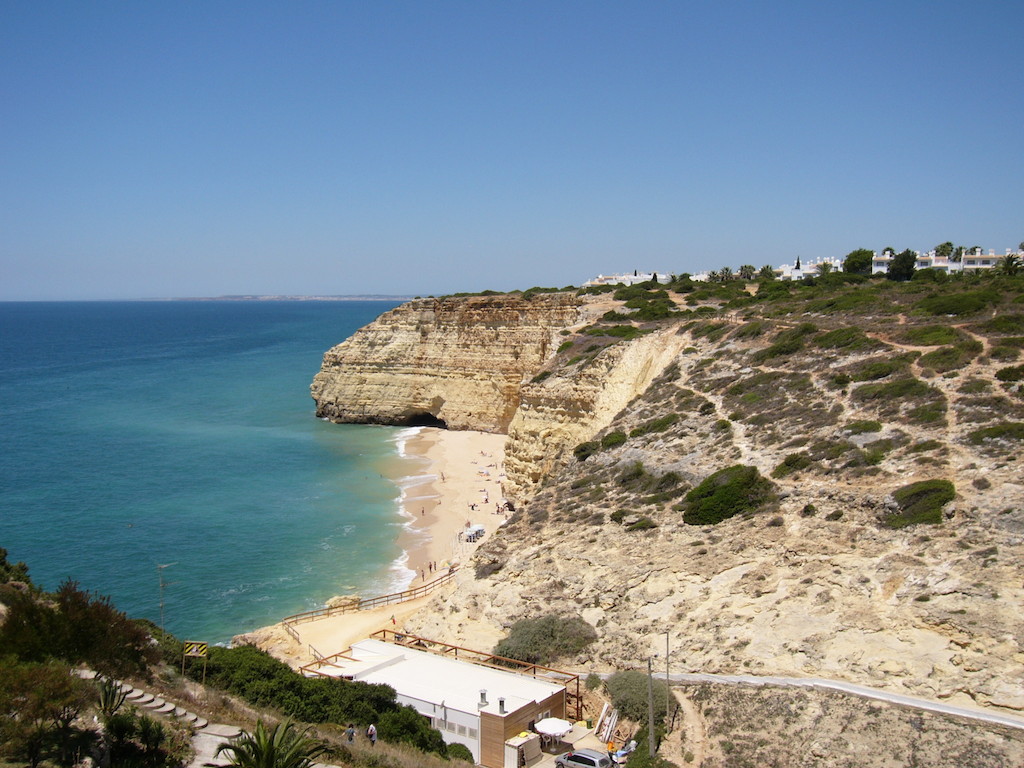 For years I spent my days at Centianes beach, when on holiday in Carvoeiro. It’s nice and sheltered. Used to be a little hard to get to with stairs cut into the cliff face and wooden steps that turned to sheets of ice when a little wet. It’s been ‘renovated’ by the local concelho and it’s a nice, accessible beach. Though, when I was last there, I remember that when it’s high tide, the tide is really very high. There’s barely any beach left! Just keep that in mind if you are heading there. Not sure if it’s changed in the last few years.

Carvalho beach is really nice! It’s often quieter though getting to it involves some steps worn into the cliffs through some sort of cave. Completely worth it! The water’s warmer and calmer, which makes it perfect for small children. It gets the sun throughout pretty much the whole day. A nice little cove type of beach.

Another lovely beach I’ve only been to a handful of times is Faro beach. The access point is just at the roundabout where the entrance to the airport is, you drive across an estuary to get to the actual beach part. Like a few beaches, it’s in an area of natural beauty. The reason why it’s so beautiful. Massive expanses of white, sandy beaches. You could walk and walk and walk and not get to the end. This is the beach you’ll see when you’re coming in to land at Faro airport. It’s as beautiful on the ground as it is from the air. Just wish I had some photos of it. 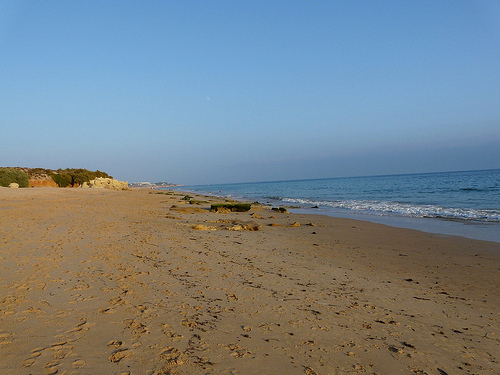 My favourite beach to go to though has to be the beaches at Armacao de Pera. It’s several beaches, but it’s a massive stretch of sandy coastline. You either climb through a mountain of sand dunes or walk over a man-made boardwalk to get to the beach. It’s beautiful. Think my favourite time of year to go there is actually winter/autumn/spring. When it’s sunny and dry, it’s lovely just to go for a wander up and down the beach. Just a warning – there are some sections of the beach that are for nudists. They’re not often sign posted, but I think you’ll be able to figure out which are those areas!

I’ve got a fair bit more of what I’d like to say about Portugal – mostly about the Algarve. Coming up I’ll post a bit more about what to do down in the Algarve, other places to go slightly outside the Algarve and beyond.

In the mean time if you want to get more of a flavour of the sights in Portugal, take a look at my photos on flickr.

And just to help promote them, my parents run a self catering villa in Portugal. If this has been enough to entice you to a holiday there, visit their website for some more information.