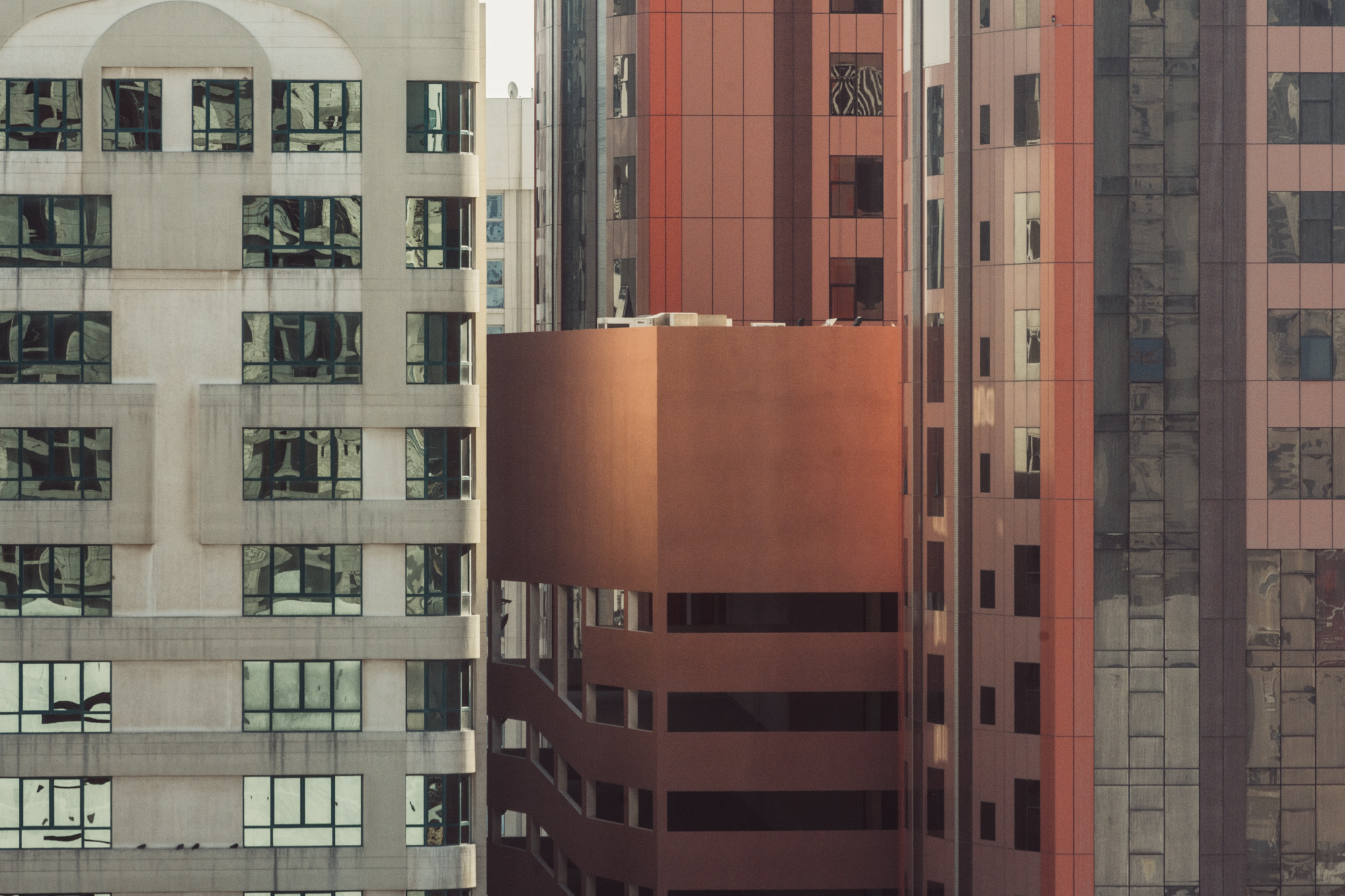 File this under revelations while doing the mundane, every day life things. Perhaps revelation is a bit strong. Let’s call it a light revelation.

Sometimes when I’m out walking to the grocery store or taking a break from work and mindlessly staring out of the window, I have to remind myself that I live here. I live in Bahrain. The emphasis being on the I rather than the live. Despite having lived away from the UK for over a year and a half now, I still find almost pinching myself to believe hat I live in Bahrain.

On the weekend, sitting in the car with Anish, we were on our way to the mall. With the Four Seasons Hotel and Bahrain Bay on my right hand side, the above thought popped into my head – I live in Bahrain. Followed by really appreciating the fact that I am now living in a different country from where I grew up and have spent the entirety of my life. I mean really appreciating it. 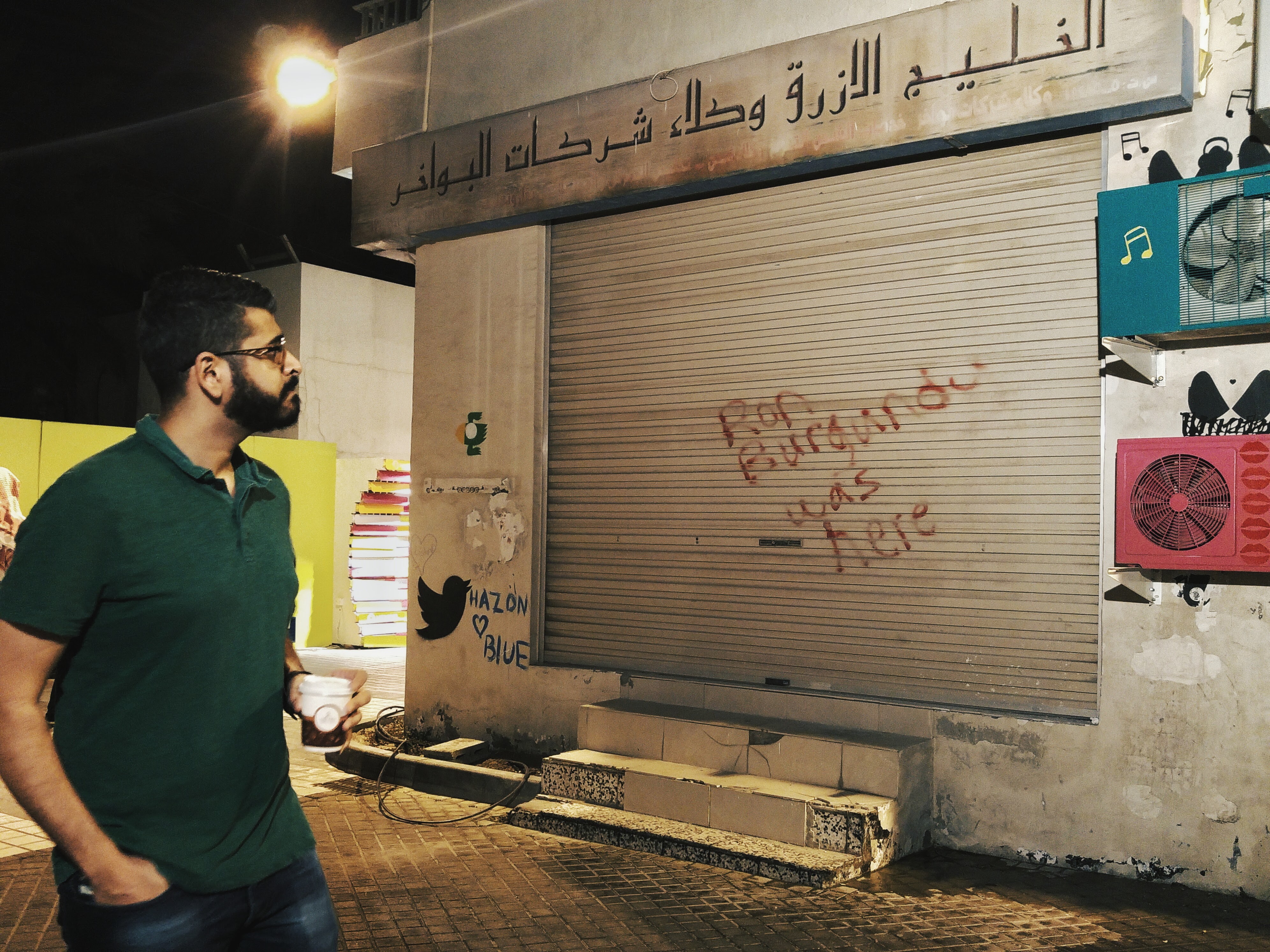 Graffiti in Bahrain is interesting – “Ron Burgundy was here”.

It’s a well-known fact that once upon a time I never dreamed of moving out of London, let alone the UK. I’ve got memories of my mum asking if I’d move to another city, say Manchester, Leicester, or somewhere else in the UK, if I met someone who lived elsewhere. And here I am living in Bahrain.

A lot of it was fear. I was afraid. Afraid I wouldn’t be able to live in a city I didn’t know. Which, looking back, is totally laughable to me now. My move to Bahrain was made easier by the fact that Anish was here and my job stayed the same. But I moved to a whole other continent, not just another city. Making this one move has made me a whole lot less fearful of another move. If we had to move to some other country in some other part of the world, I’m totally up for that. I’ve lost that fear. 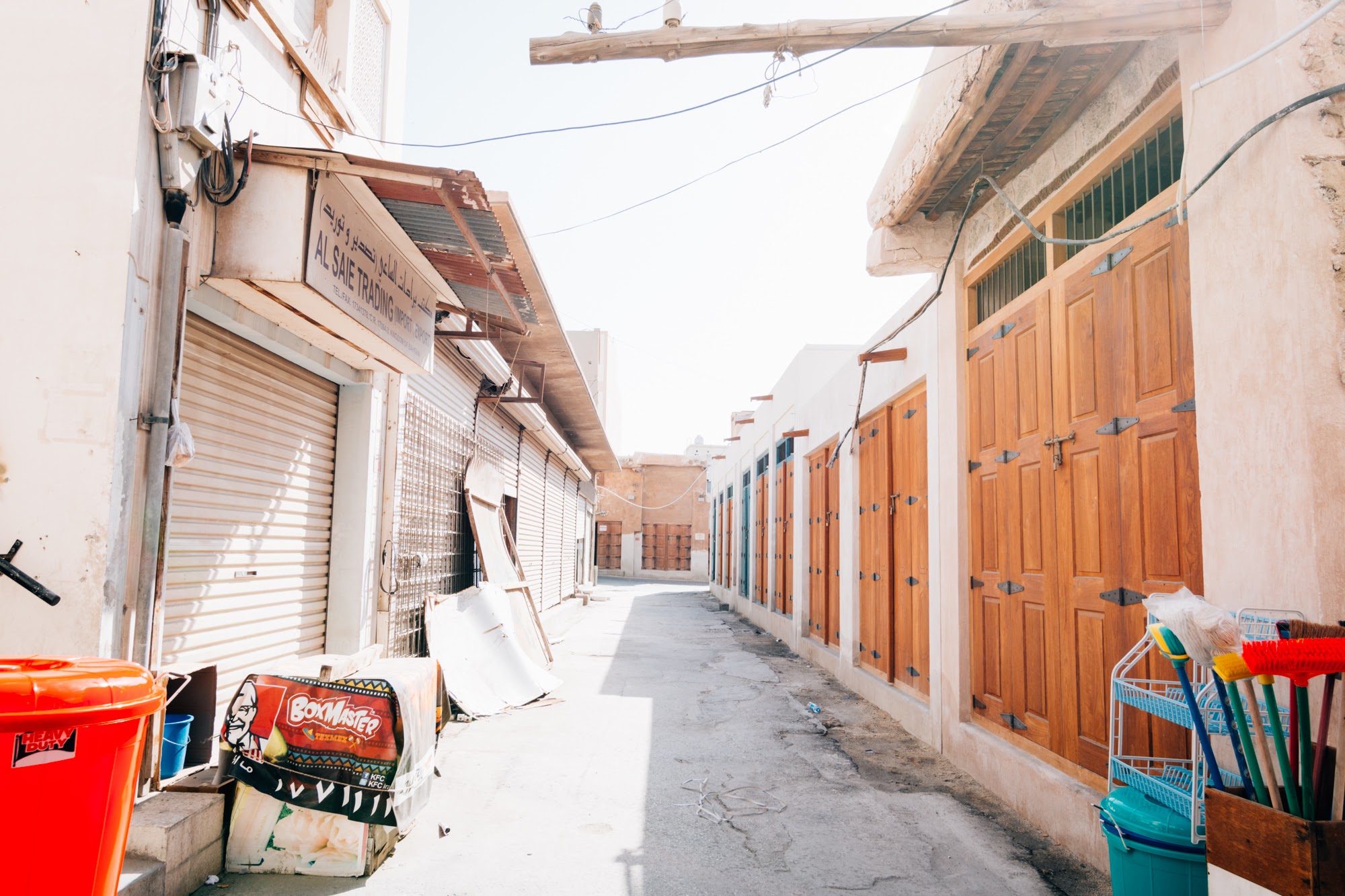 Muharraq souq the way I like it – nice and quiet.

And then there’s that whole other side to living in another country – the experience. Growing up my aunts and uncles used to tell me to go work and live in another country – it’d be an amazing experience. But that was when I had the fear. So obviously I didn’t even think about it. Now Bahrain’s not perfect, but I’m really grateful that I’m getting to experience living here. Living in a different country from where you’re from gives you a different perspective that you don’t get when you visit a country on holiday, no matter how long for. It’s the little things like going to the post office, registering/buying a car, getting stuck in some bureaucracy – these crappy things are what makes the difference!

The different places, people, food, culture, environment – it makes me happy to get to experience all of this. It makes me happy to call Bahrain home, for however long it’ll be home. And I’m happy I was brave enough to take the plunge in the first place.