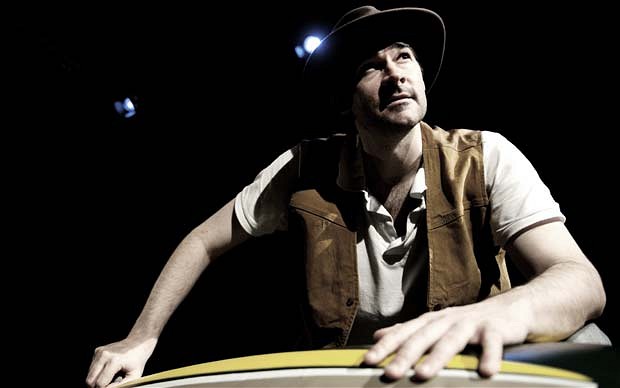 Yesterday evening I was ever so slightly terrified. Why? Well, I was going out with some friends to see some live comedy. No, I haven’t got some weird and random fear about going to see live comedy with my friends. It was who we were going to see. Adam Riches.

I’ll explain. Adam Riches is hilarious. I was introduced to him at last year’s Laughter in the Park. Me and my friends sat far away from the stage and laughed hysterically at Adam Riches comedy sketch which involved a few members of the audience. Yep… he’s all about audience participation.

See, I don’t do audience participation. I hate it. Well most people probably do. The last time I was called up to do anything on stage was when I was on a family holiday to St. Lucia, when I was 12 years old. There was an evening of limbo which, we as a family, were quite happy watching. Until there was a call for some volunteers to take part in a little competition. Well, I say volunteers. But … I did not volunteer. It wasn’t all that bad if I’m fair. I think I came third in the competition. But doing a limbo in front of a bunch of strangers on holiday when I was 12 left an impact on me.

I digress. So yes. Adam Riches. Soho Theatre. Audience participation. Hell no. Along with the general fear of audience participation my lovely friends were really good at doing research into other sorts of sketches he might do which call for audience members. Thanks guys!

Needless to say the fear was unwarranted. Yes, the theatre was small. Soho Theatre – seated about 150 people. But thankfully I didn’t get called up. As each sketch came and went I got more and more relieved about not being an unwilling participant.

But the evening wasn’t all about fear. It was about laughing so much you can’t breathe. Adam Riches is one of the funniest comedians I have ever seen. TV, live, wherever. He is, hands down, hilarious. He’s slightly unpredictable. His characters are exceptionally unique. I have a little bit of soft spot for his Daniel Day-Lewis character: