Continuing my look at 10 films also turning 30 this year, it’s the turn of a film I’ve already seen from 1984 – The Terminator. Probably one of the most iconic films of 1984.

It’s difficult to start talking about a film as iconic as The Terminator. I don’t know where to start! There’s just so much good to talk about. From the brilliant score from Brad Fiedel to some superb creations from Stan Winston and the absolutely terrifying sequence in the police station. I’m going to need to hold myself back, a little bit, to keep this relatively short. 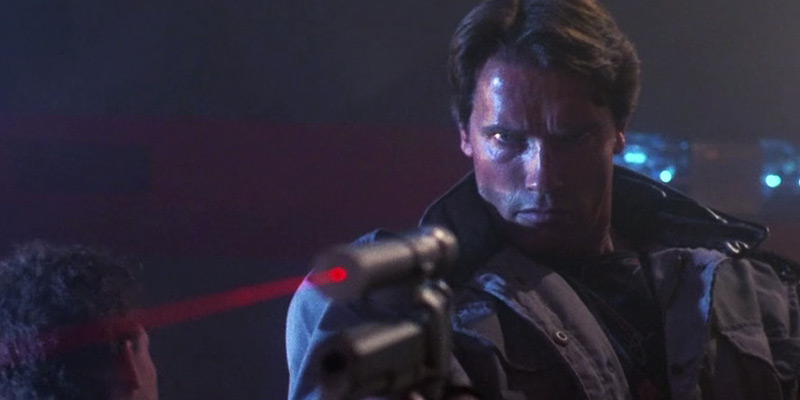 The Terminator, as played by Arnold Schwarzenegger. His acting skills aren’t much, but it was enough to create a pretty terrifying character.

Let’s start with the beginning of the film, that makes sense, right? It had been a while since I last saw The Terminator, properly, from the beginning. What struck me this time is just how little dialog there is in the beginning of the film. The story is totally unfolded through watching the actions of what the characters are involved with and at no point is the audience really led to know what’s going on. You have to make up their own mind as to what the character’s motivations are. I swear, until about the 30 minute mark, you’re don’t really know who’s the hero, the villain or the victim. Which is excellent. I forgot how well this film did that. Okay, Arnie’s Terminator does do some pretty horrific things in the beginning of the film, but I think there’s still a sense of ambiguity as to why. And then there’s Kyle Reese – this scrawny desperate looking fella. What the hell is his deal? You don’t really have a clue until he himself explains well into the film. 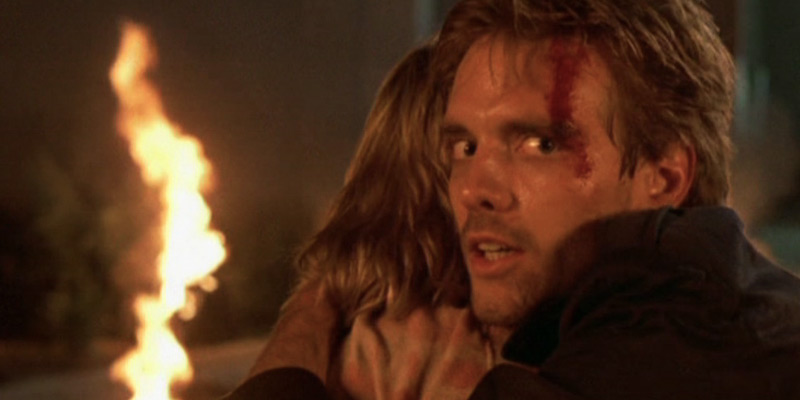 Kyle Reese vs. The Terminator doesn’t seem like a fair fight at all.

As a kid, I can’t remember the first time I saw this film. But I do have memories of actual fear and horror. Especially the sequence in the police station, with Linda Hamilton’s Sarah Connor seemingly safe. Now that I’m older, sure, I’ve been numbed to the horror of that scene. But I forced myself to really think about what was going on in that scene. The one place that Sarah Connor thought she’d be safe. Surrounded by police officers, but she’s totally helpless. And the only one who can help her? The seemingly mental, Kyle Reese.

Another of my favourite things about The Terminator is the score, from Brad Fiedel.

The theme is full of 80s synthy notes. It’s big and bassy. The combination of the synth with the traditional orchestra makes this theme so memorable for me.

The rest of the score from Brad Fiedel always gives me chills. He manages to produce such beautiful pieces, like Sarah and Kyle’s theme and then you’ve got the ridiculously 80s sounding action score pieces. I don’t think I really took notice of the score until I watched it for this post. Shame on me. 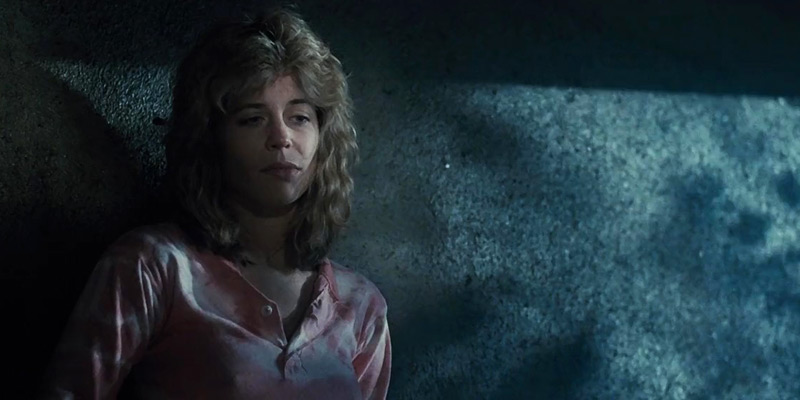 Sarah Connor’s character transformation from the beginning of the film to the end is pretty staggering. Brilliantly played by Linda Hamilton.

And then there’s the quotes. This film is ridiculously quotable! From the most famous, I’ll be back to the equally as famous Come with me if you want to live, it’s Sarah’s final monologue which sticks with me:

The hardest thing is deciding what I should tell you and what not to. Well, anyway, I’ve got a while yet before you’re old enough to understand the tapes. They’re more for me at this point… to help get it all straight. Should I tell you about your father? That’s a tough one. Will it change your decision to send him here… knowing? But if you don’t send Kyle, you could never be. God, you can go crazy thinking about all this… I suppose I’ll tell you… I owe him that. And maybe it’ll be enough if you know that in the few hours we had together we loved a lifetime’s worth.

The Terminator stands the test of time pretty well. Sure it has the 80s vibe to it, but that’s not against its favour, rather for it. It lends it the character that it’s managed to retain so well. I can look past ageing CG, but the story is pretty timeless. If I could be so cheesy.