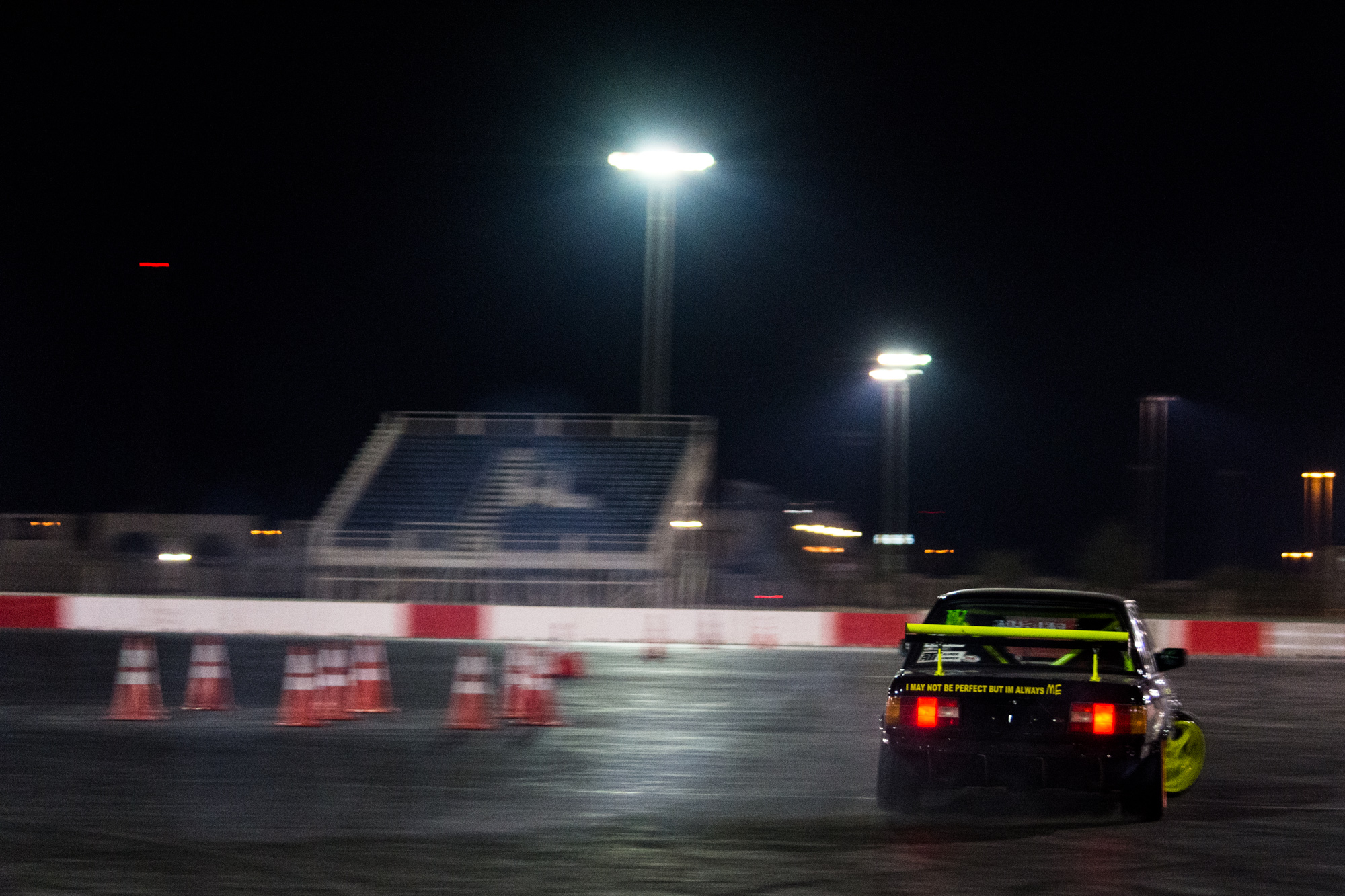 It’s been a while since I’ve written about doing anything “out and about” in Bahrain. Summer hits and it’s too damn hot to even want to do anything. Thankfully, the weather is now beginning to break! Days are still hot, but more bearable. The evenings though – they’re becoming the perfect.

This past Monday evening, we capitalised on Anish’s day off and headed off for the evening to see some cars. Yes, cars. This is a shared passion. Well, not really a passion for me, but big interest. BIG. Thanks to my brother and dad most likely. Dad liked his cars, and racing in general. My brother’s always been into them too. And somewhere along the lines that permeated into me.

Ahhh – it’s the smell of burning tyres in the air.

This guy was one impressive drifter. Hard to see the track through the smoke at times.

On Monday night the Bahrain International Circuit were holding a Drag and Drift night. Come with your car, pay a little bit and you get to drag race, drift or both. No, we weren’t participating. Just enjoying the action. For BHD 2 per ticket, that’s not a bad way to spend a few hours in the evening. And I get to practice my photography a little bit more. Win-win.

Just look at this car. It’s hard not to.

The drifting was fun to watch. Especially being so close to the action. I did wonder about the health and safety aspect of that. For a short amount of time.

My one successful panning shot of the night, while watching the drag racing. Who’d have thought I’d have been able to catch a teeny tiny biker in a panning shot from where I stood?

The drift action mostly consisted of some inability to drift, cones getting stuck under cars and in tyre wells, and some decent drift action.

Taking photos was challenging. I think I gave up taking photos of the drag racing. Panning is hard! It really is about getting your stance right and tracking your target. The drag racing was great fun to photograph. Still challenging, but the cars are a lot easier to track. And there was a bit more drama to capture.