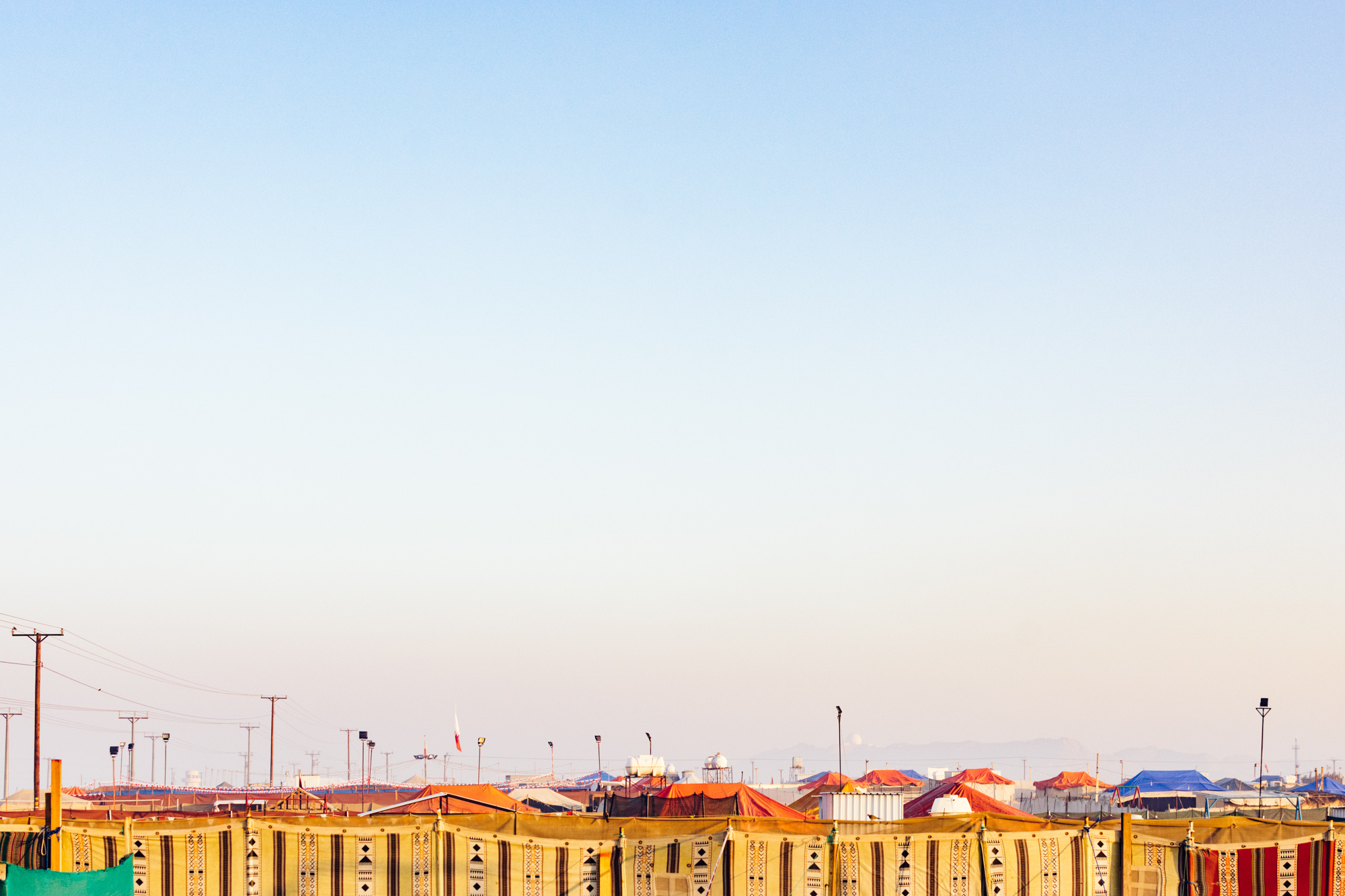 There are a few things that’s done differently in Bahrain. The (lack of) use of indicators and mirrors while driving is one example. Camping is the other. 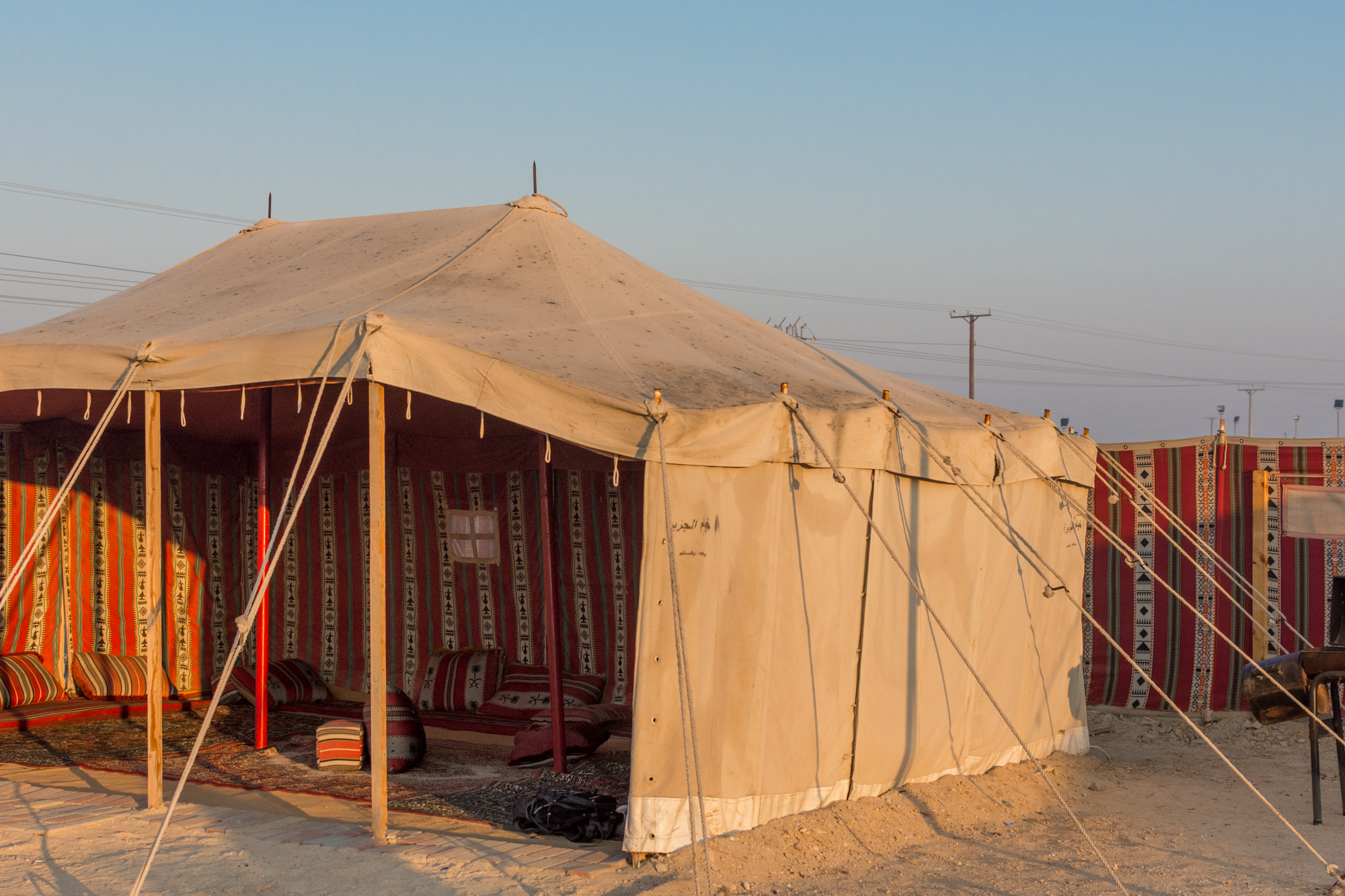 One of the four tents we had to ourselves. Pretty sweet!

See, camping is very different in Bahrain. Generally you don’t sleep overnight. Or stay more than 24 hours. You’ll do as we did, which was stay up the whole night, watch the sunrise and then head home to collapse into bed. And it’s generally something done in winter, when the temperature is more bearable outside. I don’t think it dropped much below 16 Celsius. 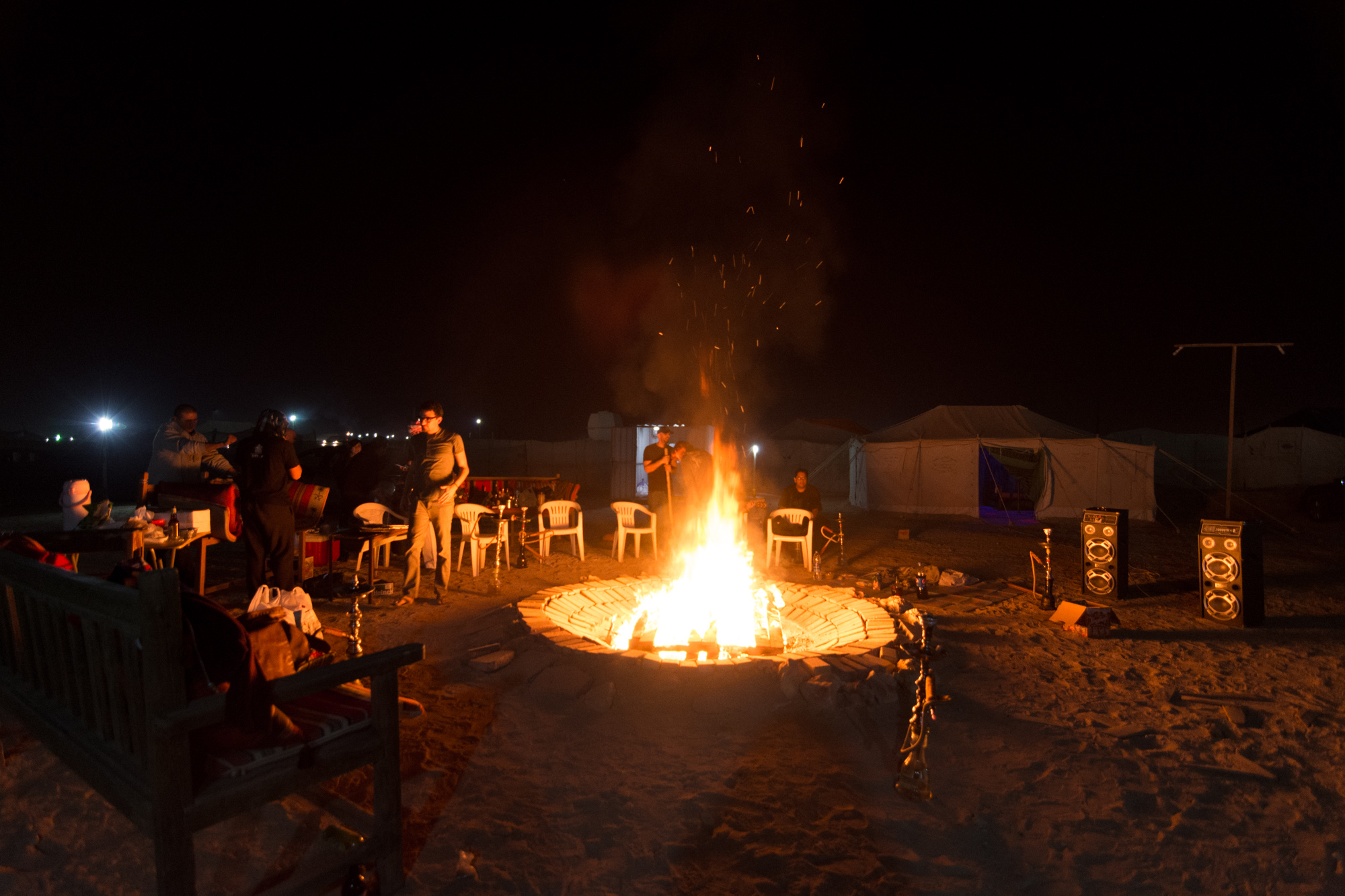 Chasing the “cold” away with a roaring fire.

Then there’s the campsites. Each campsite is owned by someone and they rent them out. Much like owning a holiday home and renting it out for the holidays. Various campsites dot the area which ours was in. Very tightly packed in fact. Our glorious campsite had fully fitted toilets, a kitchen, 4 big tents as well as one tent fitting with a disco ball were our facilities. Oh, and the volleyball court, BBQ grills, speakers and a supply of palettes to be burned. 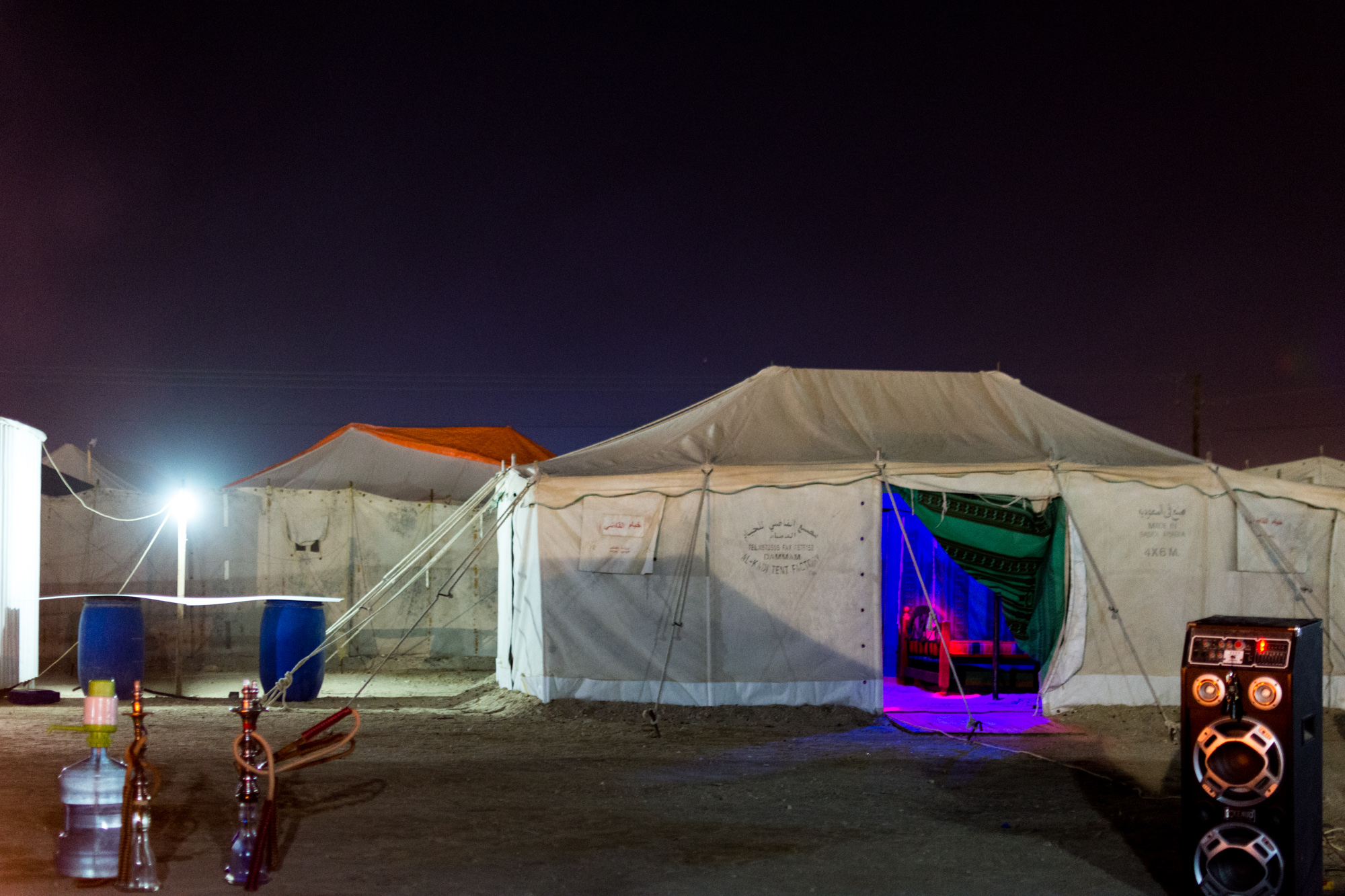 The “disco” tent. The speaker on the right looks like it’s seen some things.

Each campsite is different. With different tents, facilities and prices. Some of them have rules regarding mixed groups. Some don’t.

Our campsite was down in Sakhir (Skheer). Nestled in amongst countless other camps and with a few oil fields littered around us. A nice little campsite where the entire evening was spent talking, eating, drinking and having general merriment. Looking back I’m trying to think as to how we just spent the entire evening doing only that. 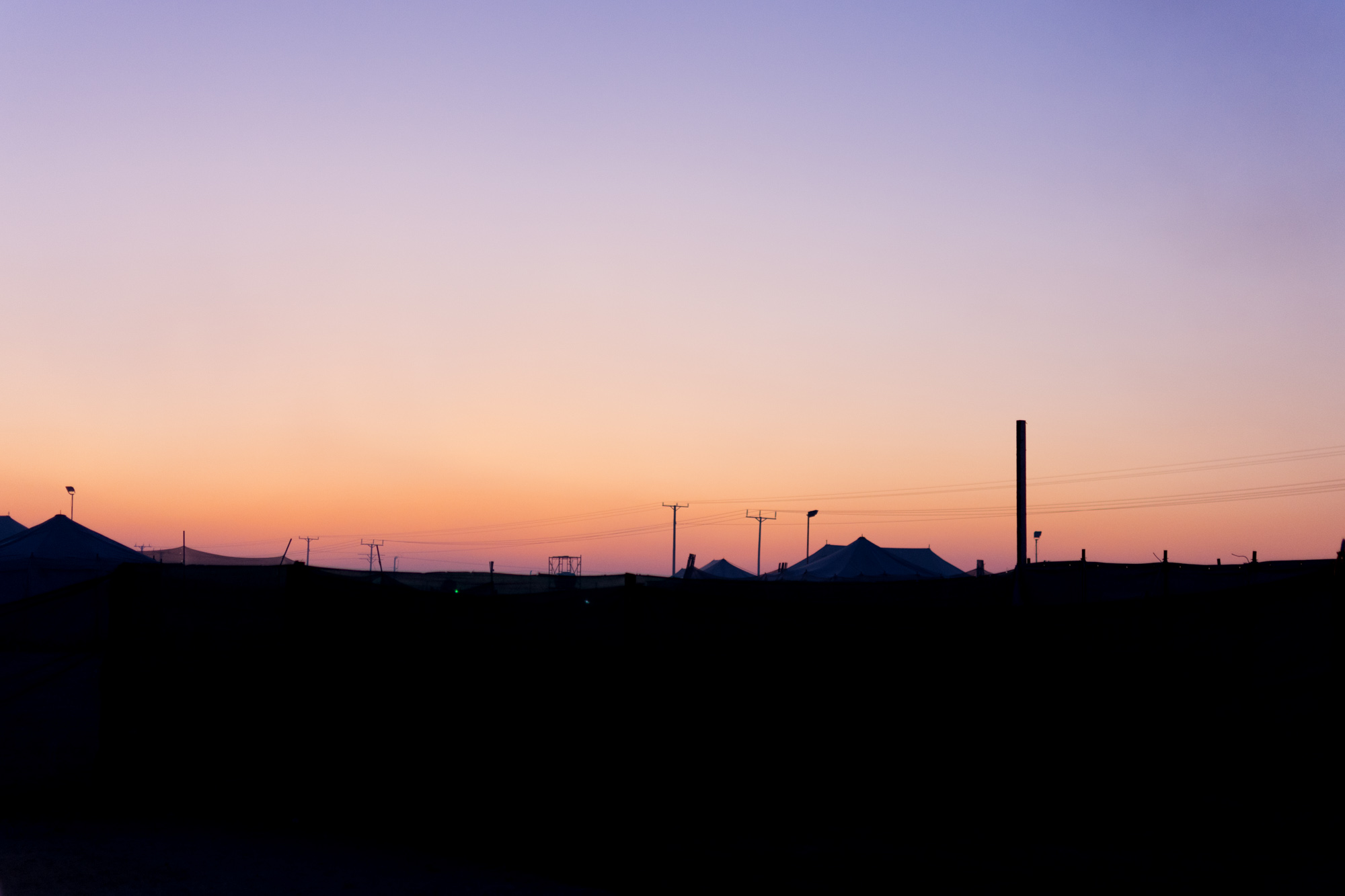 Watching the sunrise over all the camps.

As the morning rolled in and we patiently watched the sun rise. Within a blink of an eye it was up. Home time.

This was my first experience of camping. If it’s always like this, sign me up for next time.