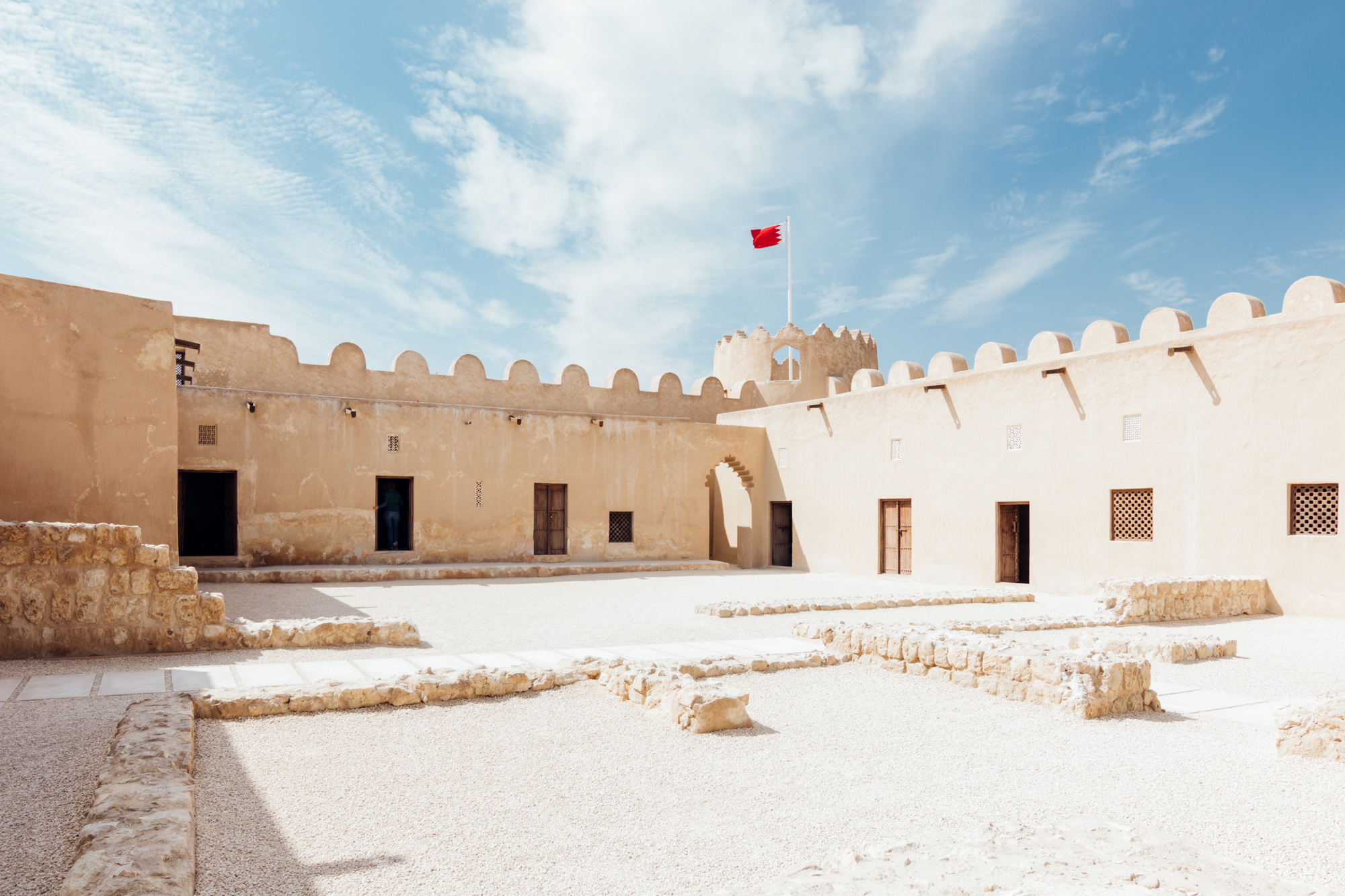 Weekends lately have been crammed. Sadly we’ve spent a few of them saying goodbye to newly made friends. (something I’m still getting used to, as an expat) But saying goodbye is a great excuse to go out and do something. And do something we did, last weekend. Anish and I headed down to Riffa Fort to take some friends of ours, who are heading to the States, for breakfast at Saffron. Despite them having lived in Bahrain for far longer than us, they’d never been! So it only felt fitting that in their final couple of weeks they should go to one of our favourite breakfast eateries on the island. 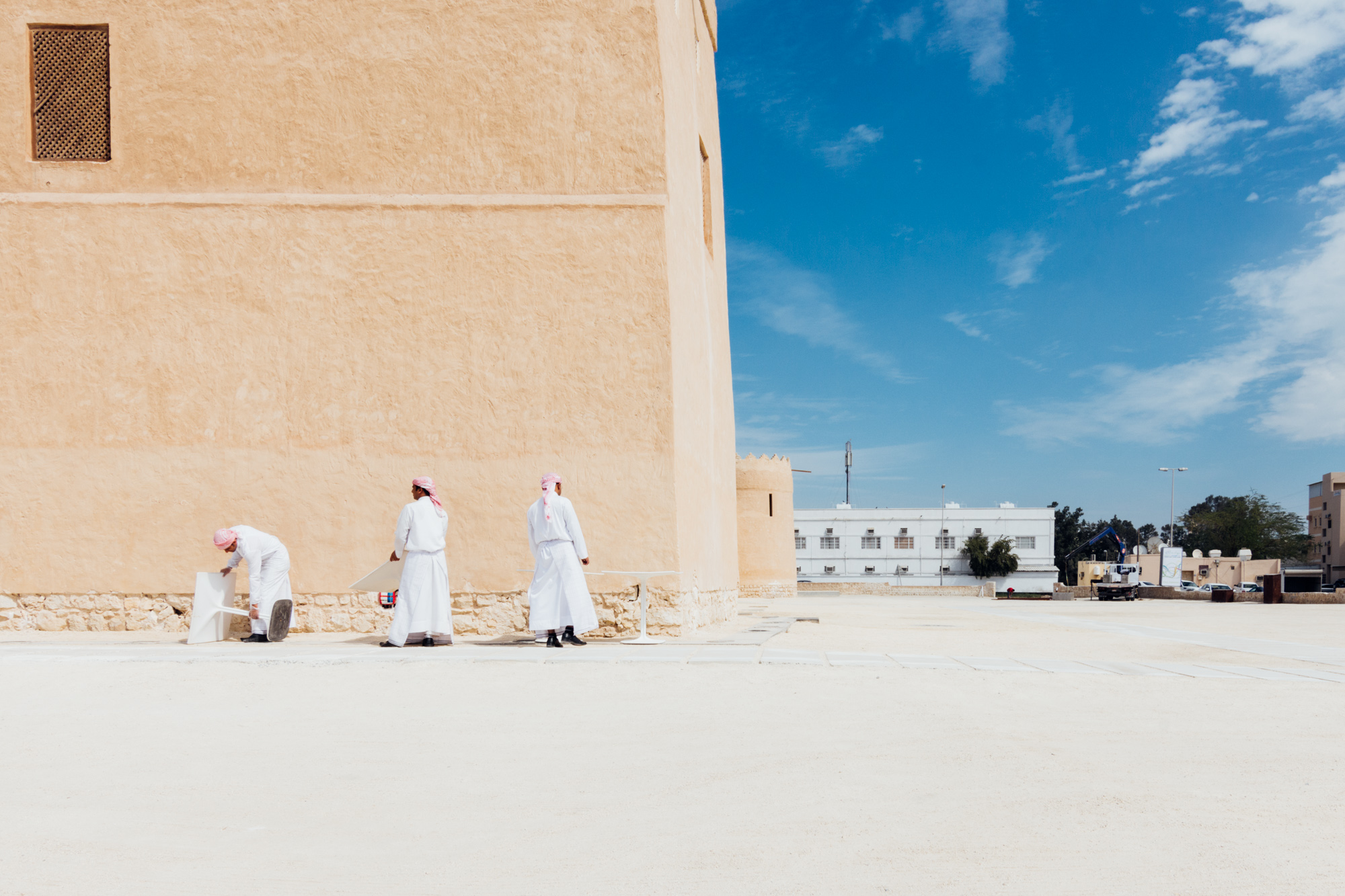 Some of the staff from Saffron cleaning up some tables for an event that stopped us from eating outside.

It was also a great excuse for me to take my camera and take some photos. See Riffa Fort is another one of Bahrain’s beautiful forts. Built in 1812 during the reign of Shaikh Salman bin Ahmed Al Khalifa, the fort is a glimpse into how royalty lived in the 19th century. Beautiful architecture that belong to that era. Not to mention the stunning view it has over the Hunanaiya valley. 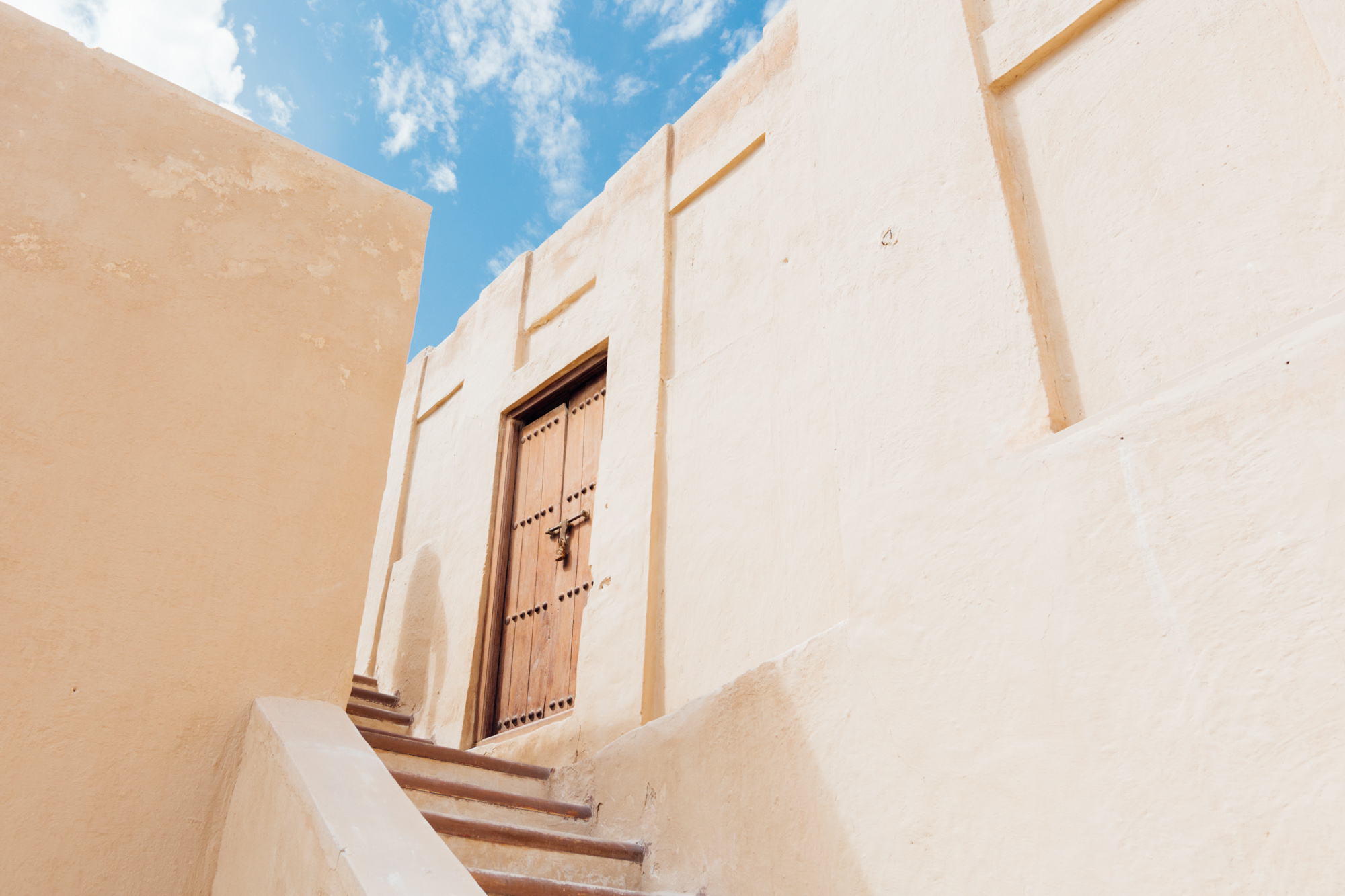 Not this time. It was relaxing. Just walking, stopping, looking and taking it in. That’s something I’m trying to do more with my photos – stopping and looking rather than mindlessly taking shot after shot. Just letting myself take in the atmosphere and the feeling or a place. 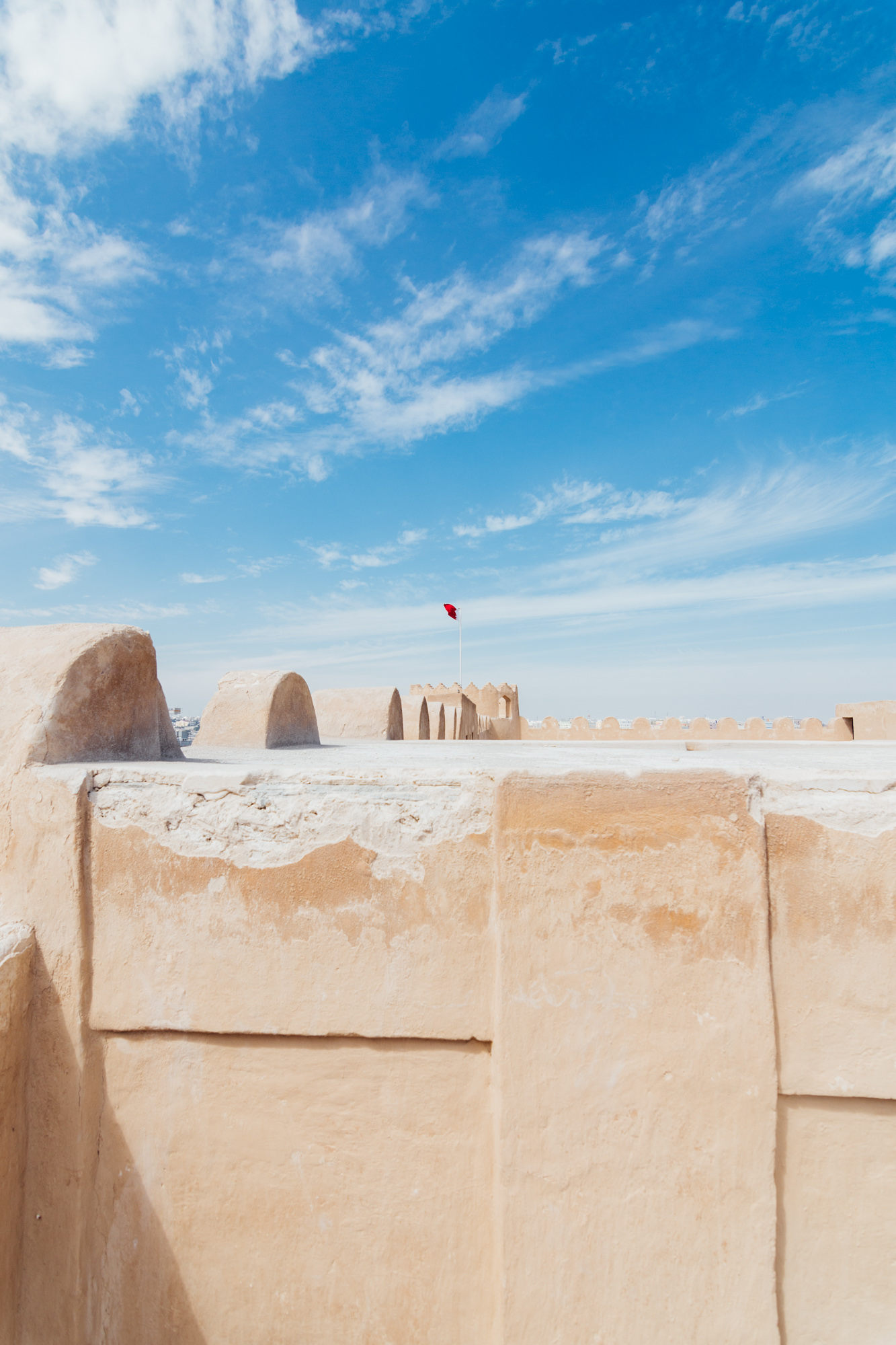 Could not get enough of the nigh on perfect sky on that day.

It was fun too. I decided to only take the one lens with me – my Tokina 11mm-16mm ultra wide-angle lens. It’s one I haven’t touched in a while. Certainly made me think, using it. Having such a wide-angle is limiting, but I liked the challenge.

Riffa Fort is incredibly well maintained. Various parts of it have been rebuilt. You can wander freely. And it’s so quiet. Coming from the city, the quiet was a welcome change. Well, relative quiet to the everyday sounds of Manama. 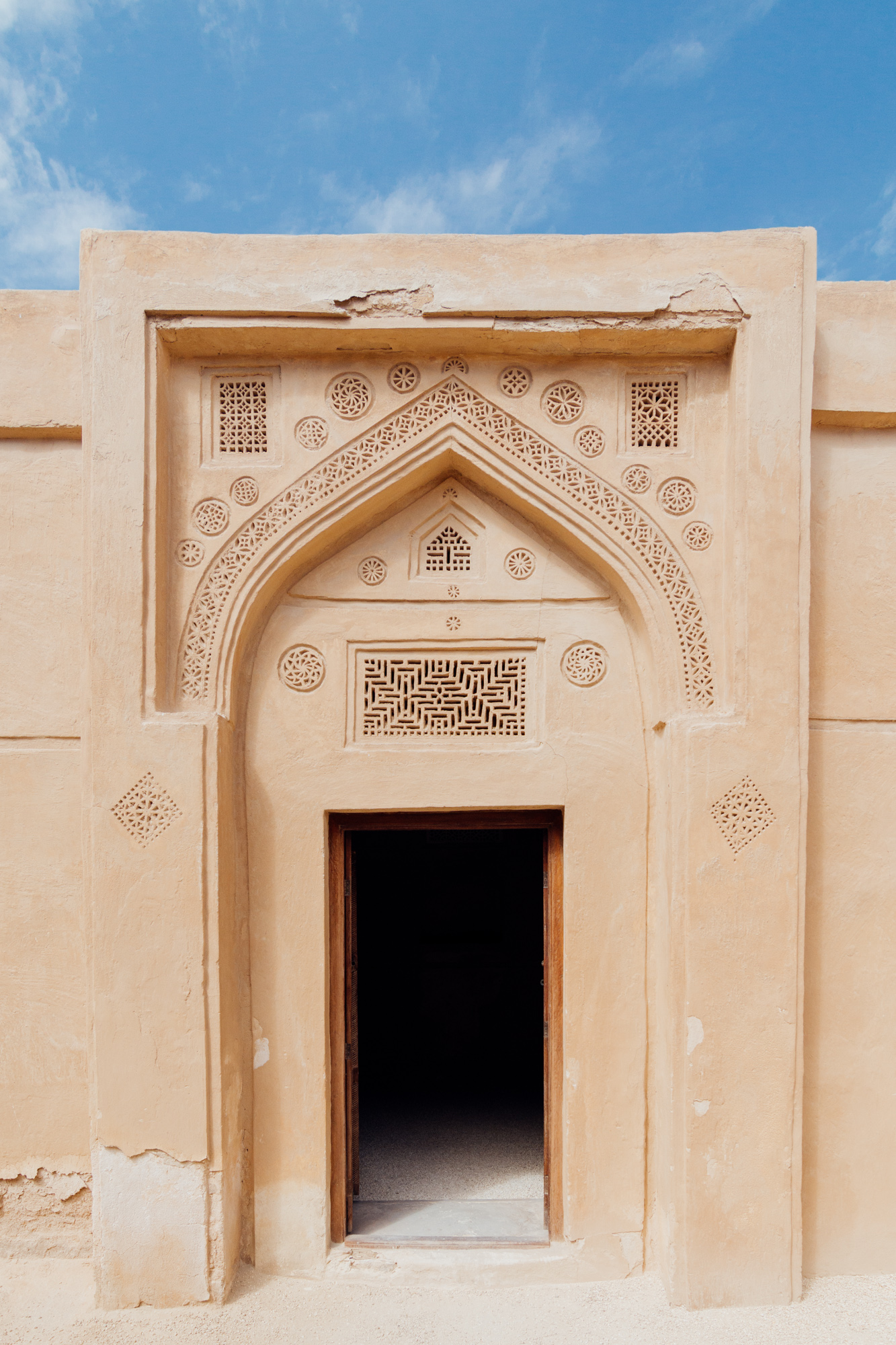 Just look at these doors…

I could do this all again next weekend. And maybe next month some time. But I have a feeling summer’s just around the corner. It was a gorgeous day when we went, but I could feel the sun beating down just a little harder on the back of my neck than it has done recently. 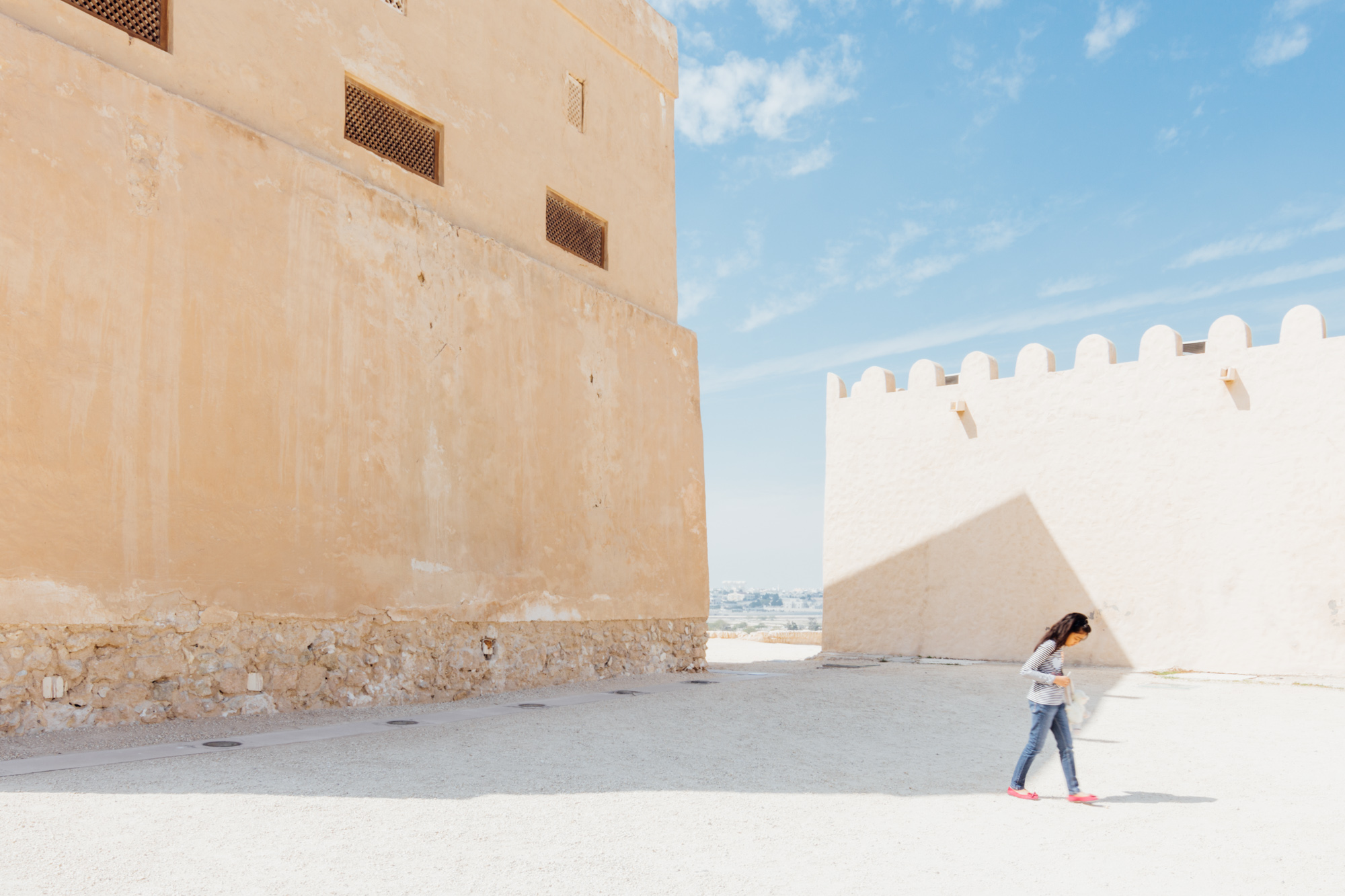 (You might not hear from me in a while on this blog. I’m off to Vietnam tomorrow for a couple of weeks. Vacation time! I’ll be tweeting and instagramming my way through the vacation though. Feel free to follow along. See you in March!)