2013 will always be the year of the TV show graveyard for me. Is it strange that I’m proud of the amount of TV I dropped in the last year? It felt ridiculously good to let go of so much.

I said farewell to Revenge, True Blood and The New Girl. Started and stopped the UK version of The Bridge – The Tunnel. Gave The Crazy Ones a decent shot, but that got old real quick. Marvel’s Agents of S.H.I.E.L.D was just woefully bad and boring and poor. The Blacklist went a little bit too Alias on me a little too quickly.

We said goodbye to Dexter. Well, with a few Deb like expletives attached. What an AWFUL way to end, what was, an excellent TV series.

The Borgias was cruelly cancelled to. Left without an ending fans were craving. Still, an excellent three season TV show.

In amongst the poor showing in TV for 2013, we did get some brilliant new shows – Hannibal and Masters of Sex. Can not wait for the return of both of these shows. Though, it’ll be a long wait for Masters of Sex. Hannibal returns next month and looking forward to more of the ridiculously dark and creepy stuff from that show. Honestly amazed that it’s a network TV show. 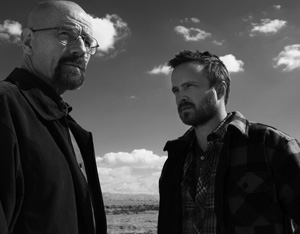 Also said goodbye to Breaking Bad. But that show knew how to go out. And it went out beautifully. Sure some say it felt a bit rushed. But the ending was everything I had hoped it would be. And one day, I can’t wait to watch it all over from the beginning.

In 2013 I finally finished watching The Wire! Can’t remember in which year I started watching it. Whenever Sky decided to start airing it from the beginning. So it’s been a couple of years at least. And now I understand all the The Wire references in pop culture.

The first and second seasons of Anthony Bourdain: Parts Unknown came and went this past year and they were both glorious bits of TV. Pretty much CNN throwing money at Bourdain telling him he can do whatever the fuck he wants, and he did. Amazingly.

Was introduced to Comedians in Cars Getting Coffee and consumed the first two seasons in a matter of, probably, just the one day. And now the third season’s kicked off – this is a show I can’t be missing. 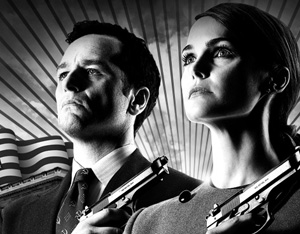 The Americans was one of my favourite new shows of the last season. The eighties setting, seemingly perfect soundtrack and seeing the whole Cold War thing from the other side – brilliant show. Season 2’s starting at the end of February, so if you haven’t already watched the first season, you’ve got a little bit of time to catch up!

2013 gave us the magical return of Arrested Development. While it got massively mixed reviews, personally, I really enjoyed it. Yet to give it another watch, but that time will come. It was smart, funny and perhaps a little darker than the previous seasons.

Very late on in the year, Almost Human started. With the handful of episodes I’ve seen, I am impressed. Like I’ve said before, it’s not hugely smart or original, BUT the lead characters are engaging and charming and it’s easy to watch. Let’s see if the quality can be maintained in 2014.

I do have one major TV regret for 2013 – not watching House of Cards. It simply passed me by and I kept ‘forgetting’ to start watching. In the next month the second season is going to start. Wonder if I can get the first season seen in that amount of time?

There’s a lot to look forward to this year – the return of Justified among the top for me. Though, I wonder, by year’s end, how much I’ll still be watching.