It’s been over a year since moving to Bahrain and I’ve already slipped into that not a tourist mode that I lived in while in London. Well, I think I slipped into that a long time ago. It’s great being able to feel at home somewhere completely new. But a little bit sad thinking I haven’t done nearly all the tourist-y things I should be doing, living here.

Okay, maybe I played that up a little bit much. Unlike London, there’s nothing like National History Museum, Victoria & Albert, Tate Modern or Science Museum. Which is a shame, because after visiting the Bahrain National Museum I realised there’s actually a massive amount of history about this little island that I had no idea about. And it’s an ancient history going back hundreds of years. Due to the massive amount of constant building work and reclaiming of land that has happened in the past few decades, some of this history has been unearthed very recently. 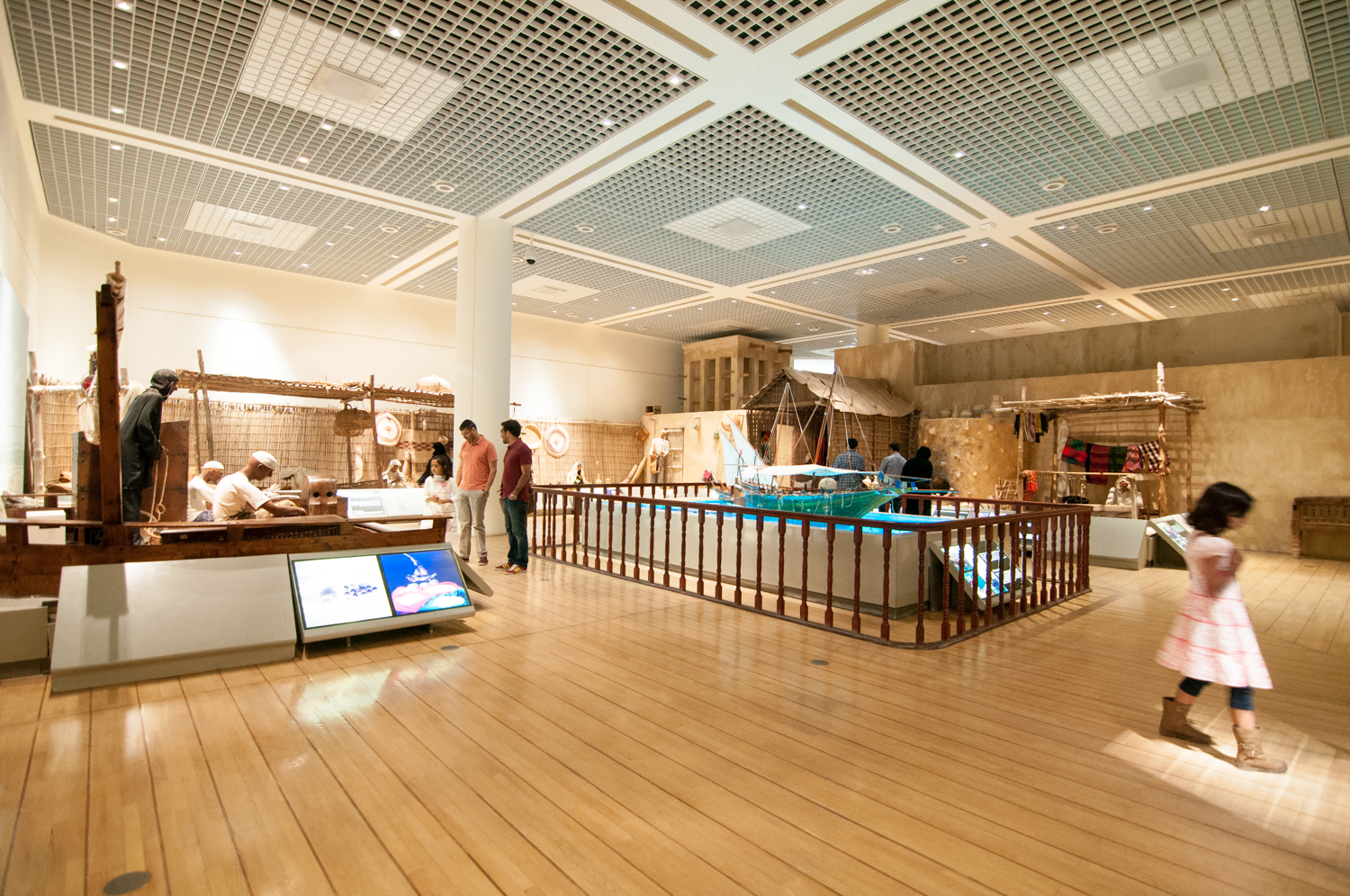 The museum’s a lovely place to walk around when it’s scorchingly hot outside. Entry’s only BD 1 – bargain. There are separate rooms highlighting different parts of Bahrain’s history by way of ancient manuscripts, archeological finds like weapons and pottery, coins – all sorts.

There was one hall which was a little creepy – featured lots of typical Bahraini scenes of life from days gone past. Mannequins in various scenes. A taxidermy cat. Possibly chickens too. Though it did also feature the scene from the top photo in this post, which is a typical souk scene. One of my favourite places in the museum. 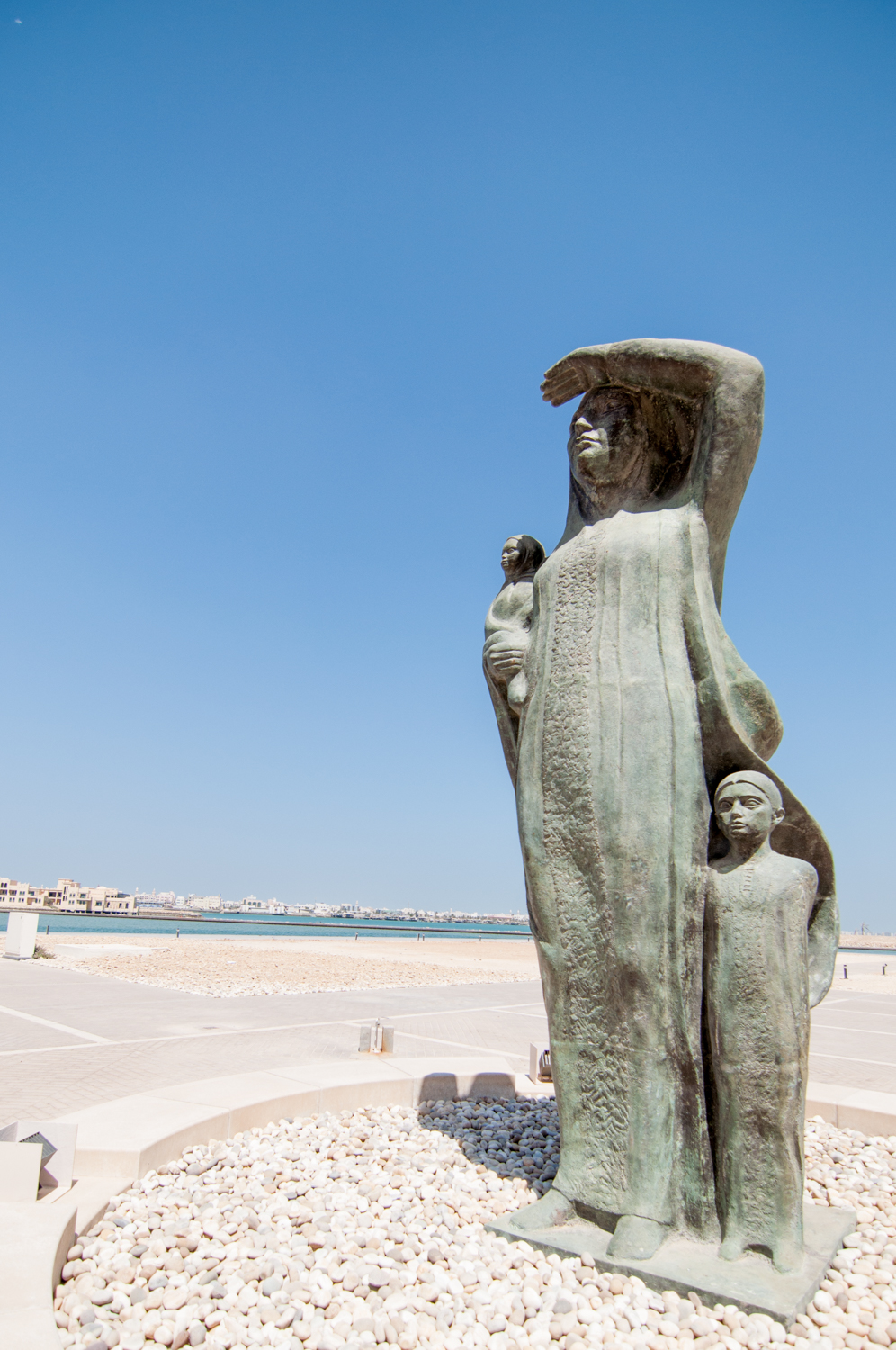 One of the most impressive statues outside the museum.

The outside of the museum’s brilliant too – surrounded by water with lots of different pieces of art dotted around. What with it being ridiculously hot when we were there, there weren’t too many people around. Oh and it was a weekday. (Benefits of working the Monday – Friday in Bahrain!) 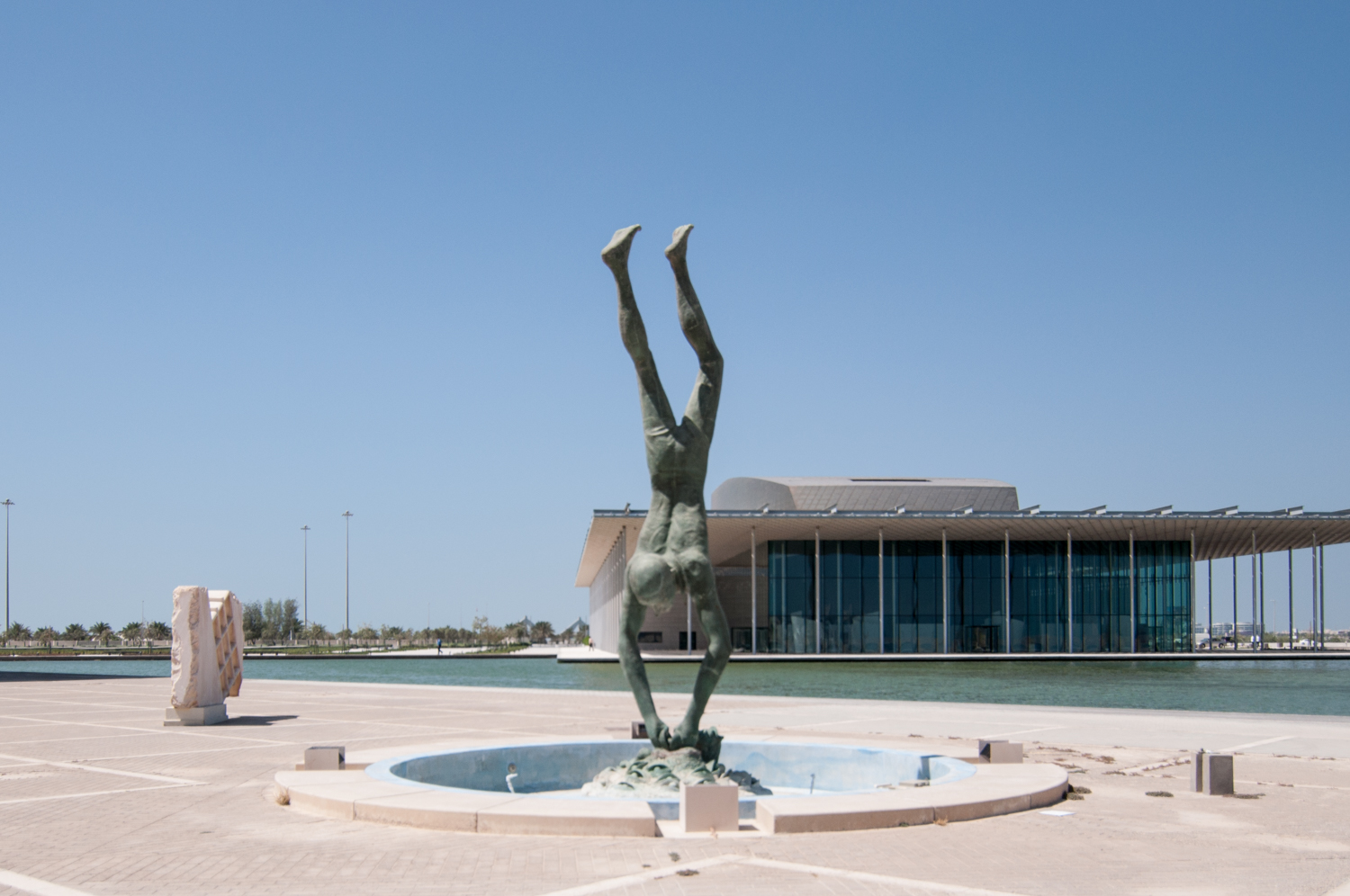 Here’s another rather awesome statue – a pearl diver. Pearling was a massive industry here. Still is to some extent.

Perhaps since there aren’t that many touristy things to do in Bahrain, it’s a good thing I’m rationing them. Still yet to visit Al Fateh Mosque, a couple of forts or even venture to the south of the island. But hey, I’ve done the Tree of Life!