Last week I attended my first work related conference, at the fairly ripe age of 30. After working from home, remotely for a year, I was a little bit worried if I could hack it. Not only was I attending, but I’d be speaking on a panel, with three other email marketers.

The nerves set in pretty quickly. In fact they actually set in way before I knew I was going. When I was asked if I’d like to speak and I foolishly said yes. I began thinking if I should backtrack on my decision.

Well, I didn’t. A fact made obvious by the fact that I’ve already said I attended said conference. And I spoke. A few words. And it was all okay. You could even say I learnt a few things about myself and this conference going malarkey.

While this was my first conference, a few of the attendees had already been to this very same conference the previous year. So some were well acquainted. However I was not. So it was even more important for me to introduce myself to all the lovely people there. Sure it felt a bit awkward at first, but you do get into the swing of things. Begin striking up conversations on topics you share with other people. It’s as easy as saying, “Hi, I’m Jaina.”. Except, using your own name.

A big part of this conference is networking and getting to know other people in the email marketing industry. As such, the social aspect of it is just as important as the conference aspect. So say yes. On the first night, after the cocktail reception was dying down, there was a call for dinner – if anyone wanted to head out to get a bite to eat. While the recluse in me wanted nothing more than to retreat to my room where I could watch an episode of something or another and get an early night, I pushed the recluse away. Said yes and had a fantastic night. Opportunities are there – don’t kick them away. 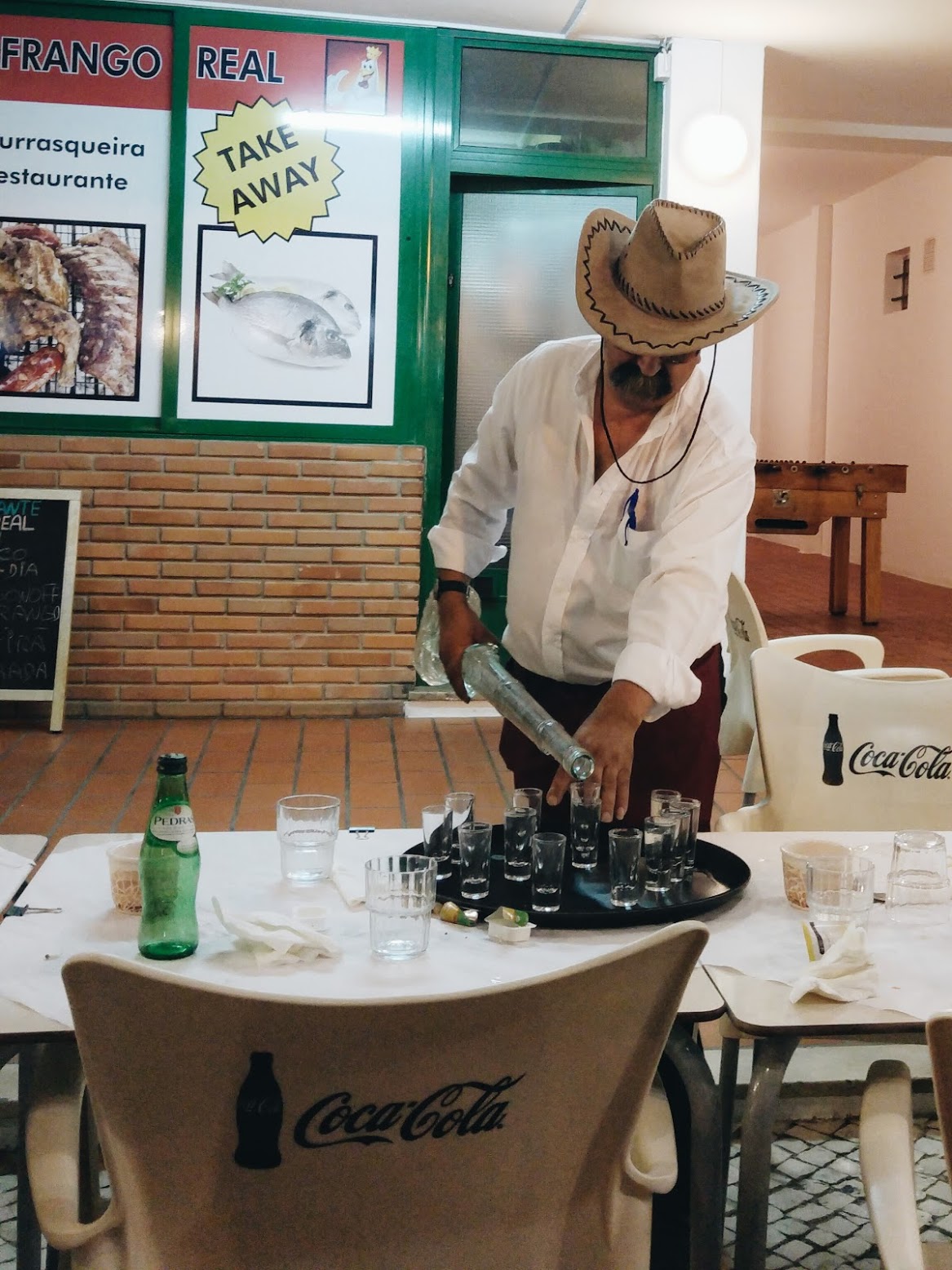 Saying yes ended up in me having a shot of Medronho from this guy. As a lifelong Portugal visitor, I knew not to mess with medronho. Didn’t stop me from saying yes to a shot of it.

This is a point of contention between A and I. I don’t think I’m all that good at putting outfits together for myself. And I can feel overdressed very easily. BUT saying that, I’m glad I went to that little bit of extra effort in my outfits (all of which were planned a couple of weeks ahead of schedule, because I’m a bit weird like that). During the day, but more importantly in the evening. Wearing something that looked great on me gave me that confidence boost I needed.

During the conference I felt very much like the tiniest person in the room. Okay, I am a small person. But this is figuratively. I work for a tiny little company in London that no one has heard of. And I’m faced with managers and directors and CEOs of all sorts of companies I have heard of. I was intimidated. Which in turn led me to become pretty damn nervous. Second guessing why I was there. Second guessing my experience and knowledge. I figured these nerves were there just because I cared about that environment I’d plonked myself in. I just had to remember not to let those nerves get the better of me. 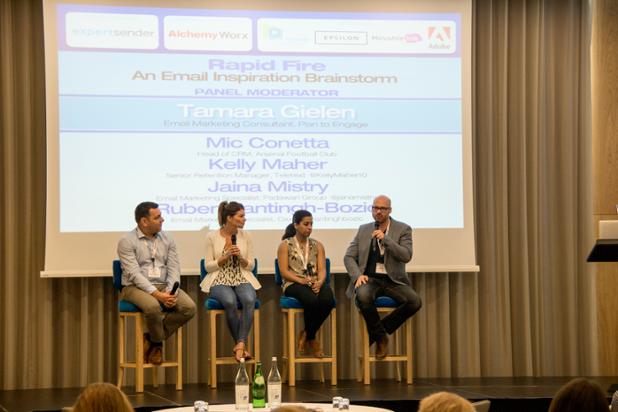 It’s me on stage! Photo courtesy of Ernst Muller

So, much of the conference is about networking with your peers. But you have to remember to do that after the conference too. Don’t let it be a one time thing. I’ve learnt a lot of valuable things from the conference from all sorts of people and I am making every effort to stay in touch with them. While I did have some snazzy business cards made up for myself for the conference, it feels like LinkedIn has taken place of that.

How did my panel go? Well! I think. Walking up on to the stage and addressing a room full of people who are leaders in the area of email marketing felt a bit intimidating. But having three other great email marketers on stage with me did make it a lot easier. Would I do it again? Given the opportunity, yes.

Have to give a massive shout out to Jordie for inviting me along. I wouldn’t have gone had it not been for him!