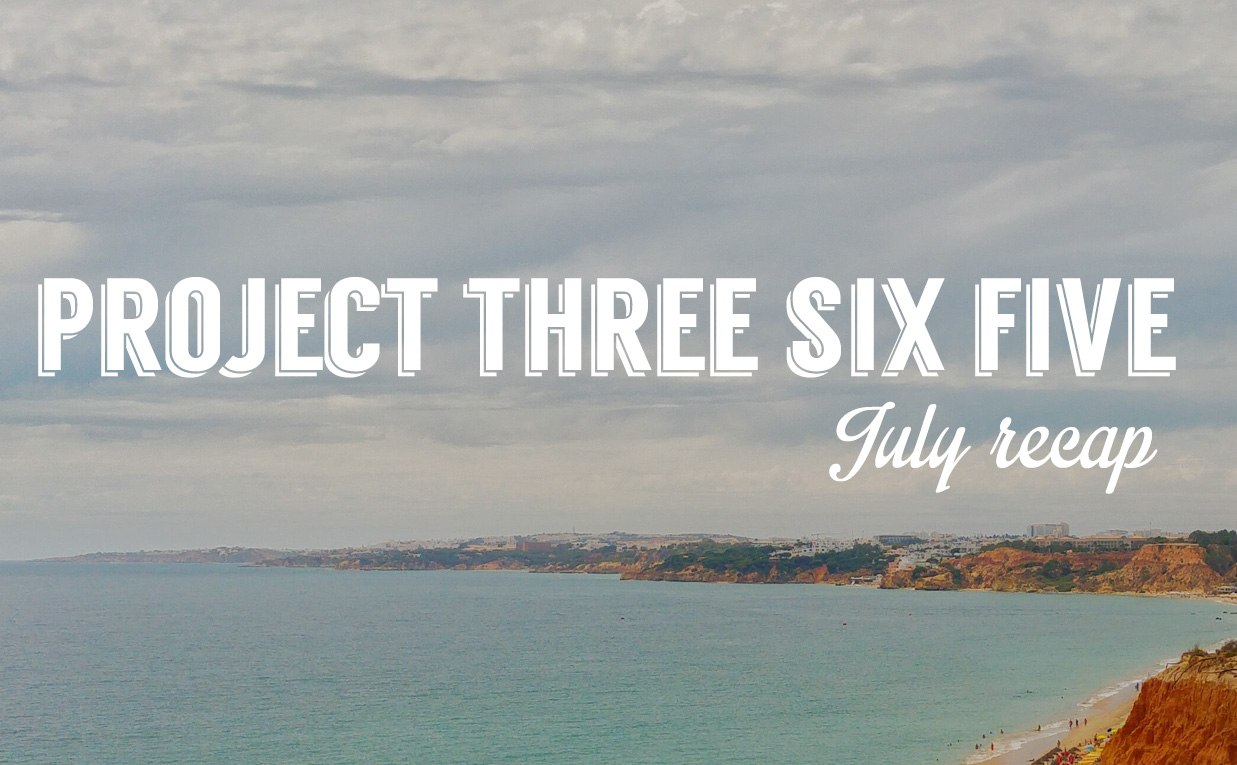 Blogging wise, July has been a lazy month. Unintentionally lazy. There are a whirl of ideas for posts in my head. But I can’t seem to get them down here. Call it some sort of mental block. Or just call it what it is – laziness!

The rest of the month has been just getting back into the regular routine of work and weekends.

I celebrated my 31st birthday in July. It should be noted, I’m not a fan of birthdays. I think I’ve said this before. It’s not so much the getting older aspect, just – I hate that day. Anyone else with me on that?

The beautiful Algarve coastline. Regretting not actually making some time to set foot on the beach.

In the space of 24 hours, I was at the airport three times. Not as much fun as you’d think.

Attempt to grow something has started. I’ve not got much confidence, but I gotta try.

So this is the canon that is fired every single day during Ramadan to mark the end of the day’s fasting. It is NOT the kind of cannon I expected it to be. As in, one of those ye olde type cannons. This is straight up military!

A’s first attempt at no knead bread. Look at how pretty it is!

You do not see many dog walkers out here. Especially when it’s hotter than hell and more humid than .. well, it’s very very humid.

» Check out the rest of July’s photos here «

How are your 365 Projects going? If you’re in the middle of your 365 Project for the year and feeling like it’s getting to be a bit of a chore, I wrote some tips and reassurances on doing a 365. Don’t fret! If you’re doing 365 Project, I’d love to see your shots!