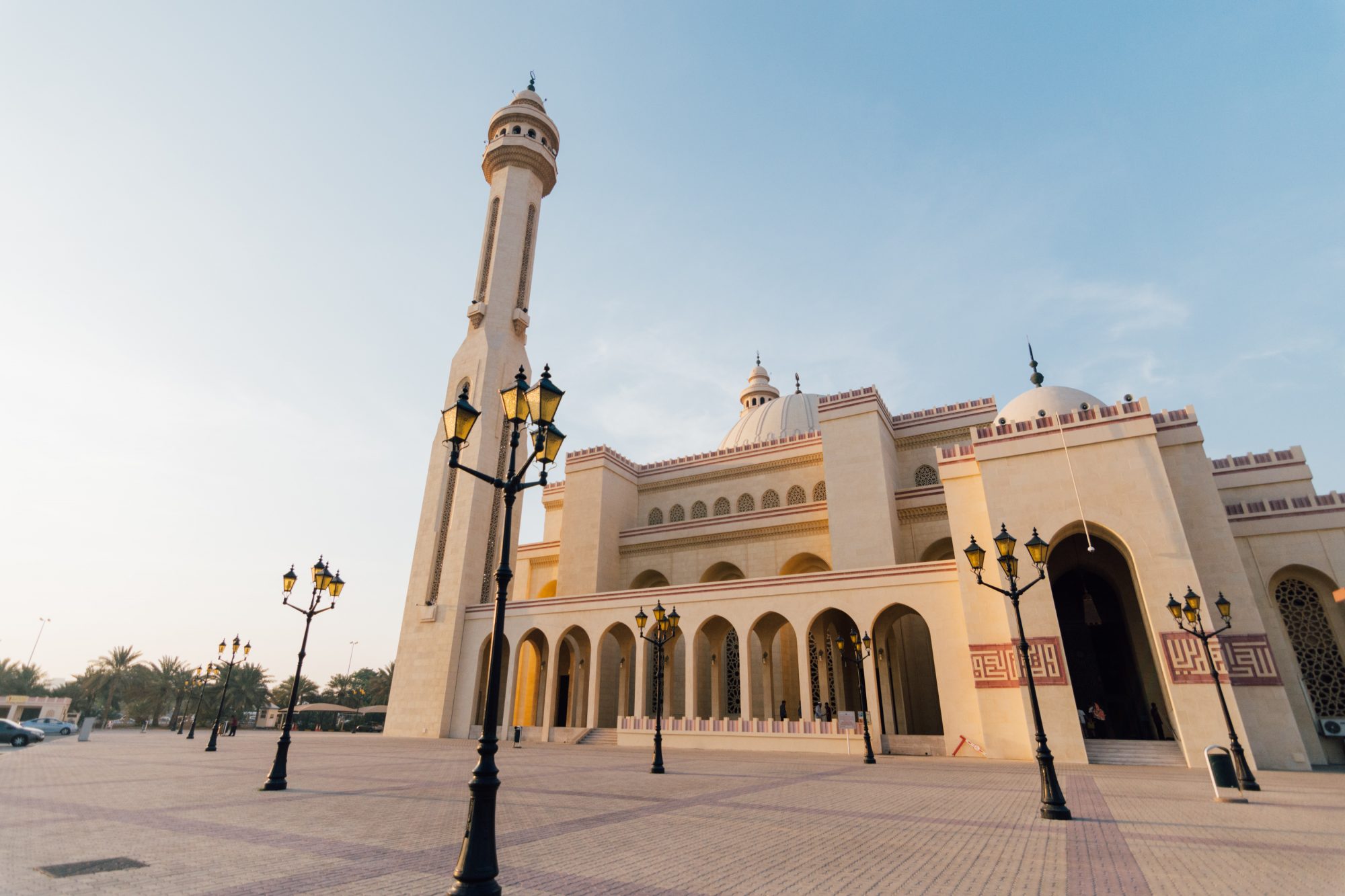 It took nearly three years but it’s done—finally ticked off Al Fateh Grand Mosque off the places to visit list.

Built in 1987, Al Fateh Grand Mosque is one of the largest mosques in the world. A fact I didn’t know until I looked up the mosque’s opening times.

You’re given a guide to walk you through the mosque and tell you a little bit about Islam.

Honestly, I just wanted to take photos of the inside and outside of the mosque. It’s really beautiful! And going just before sunset meant I got to see the mosque in some beautiful golden hour light.

Some people may talk about the sense of peace and tranquility they felt walking around the mosque, taking in the environment. Not me. I appreciate the beauty and feat of architectural engineering that went into building the mosque, that’s about as spiritual as I get.