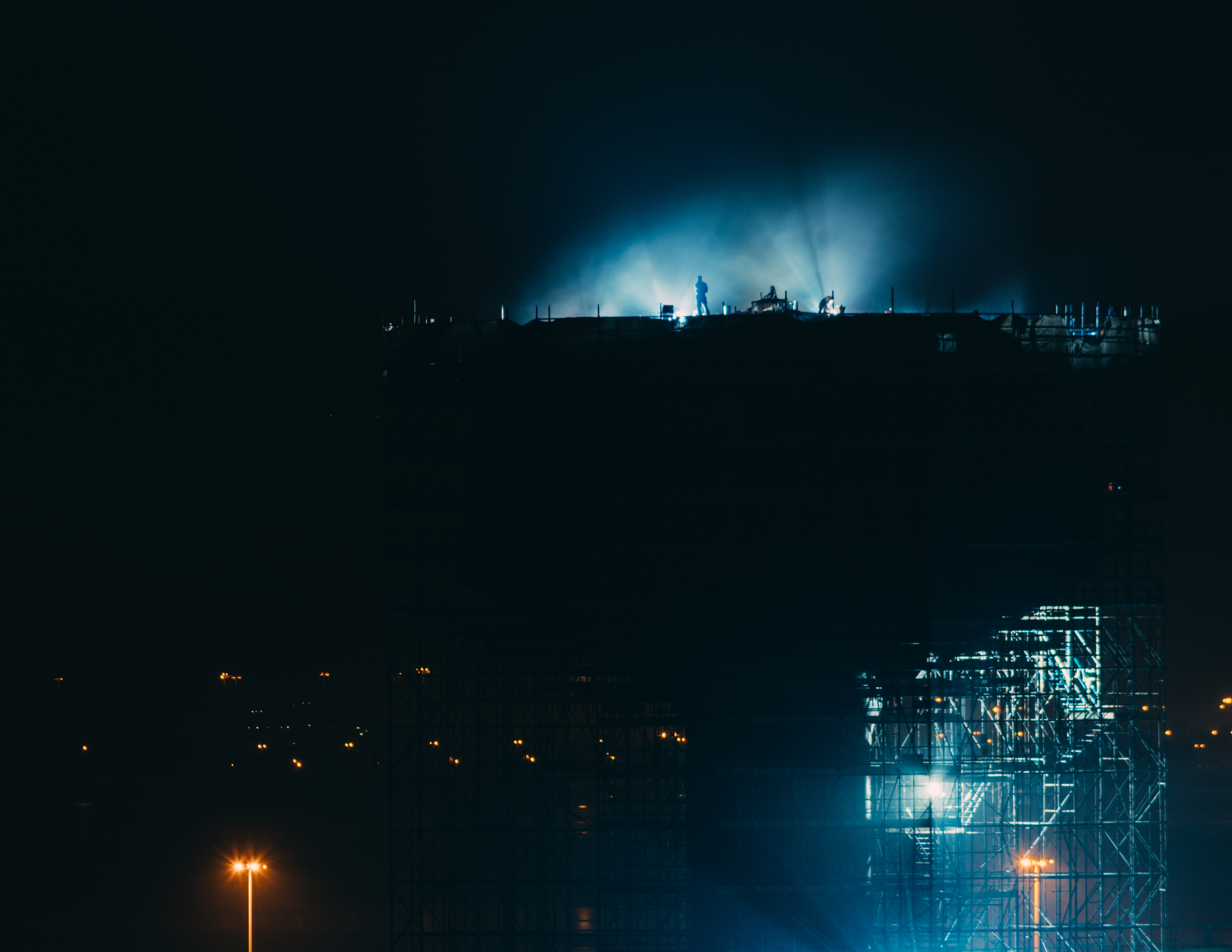 There’s a lot of continuous construction in Bahrain. Especially in the area I live in. It’s not uncommon to see construction work going on at night. During the summer months, that’s when most of the work happens thanks to the scorching daytime temperatures. (Not that it’s any better at night, but at least the sun isn’t trying to kill you, too, just the humidity.)

The night I took this shot, it had been incredibly dusty during the day. Not quite sandstorm dusty, but not far off either. And it was windy.

These guys were welding at the top of this tower just past nine in the evening and the light combined with the dust was so beautiful! Yes, it’s a just bunch of construction work. But the light was enough for me to run and grab my tripod, set it up (badly), and fire off a few shots.

I tried a few different settings for this long exposure to get the shot I was looking for. There’s something fun to be had when you’re waiting to see how your long exposure came out. Just me?