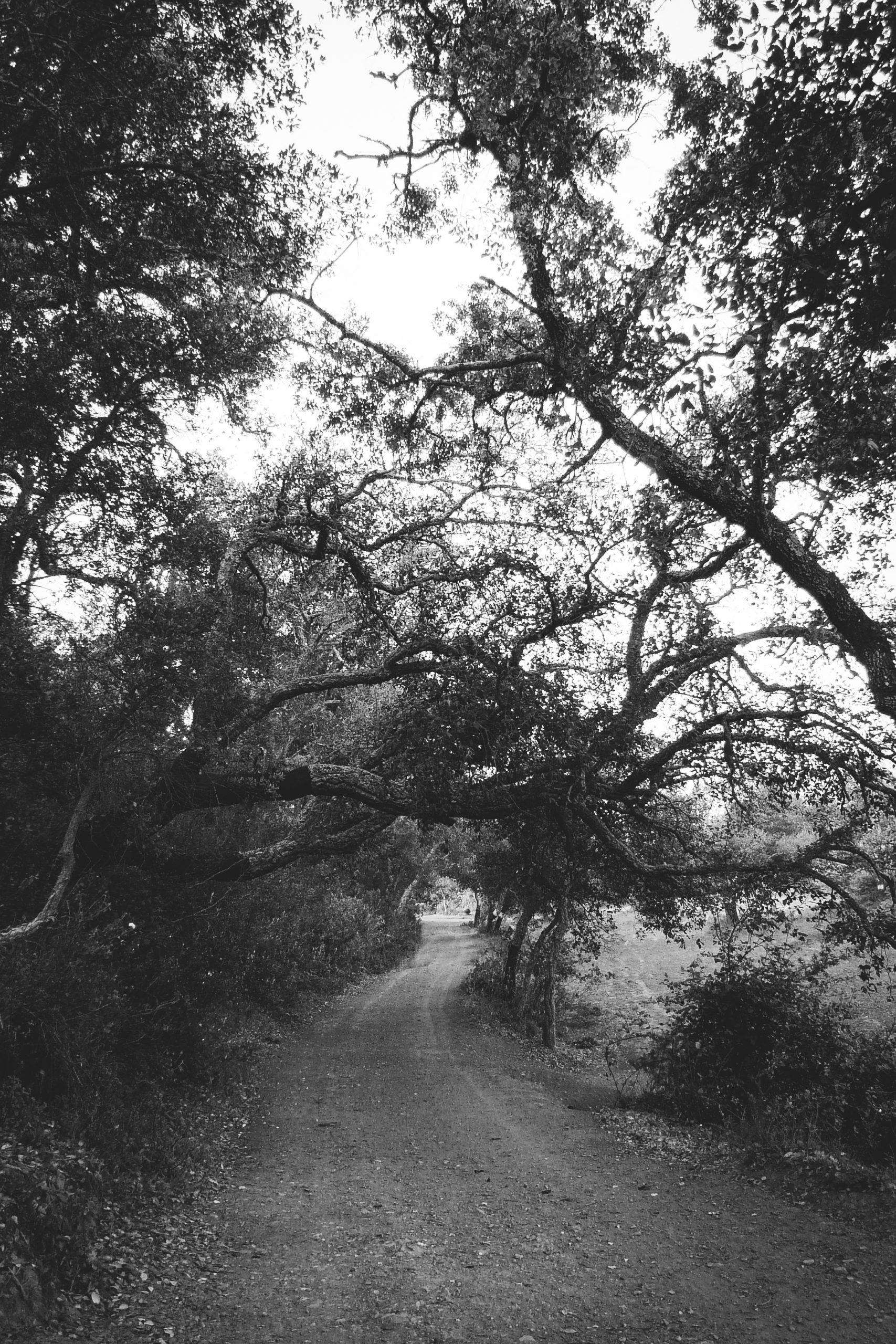 The original colour photo didn’t have a lot of contrast—it was taken in the early morning on a shady, rural country road. It wasn’t quite dark, but it wasn’t quite bright.

The scene felt a bit mysterious. If a tonne of fog suddenly started rolling in in the distance, it wouldn’t have surprised me. And that’s where my inspiration came from for this edit.

Mystery with a touch of serene.