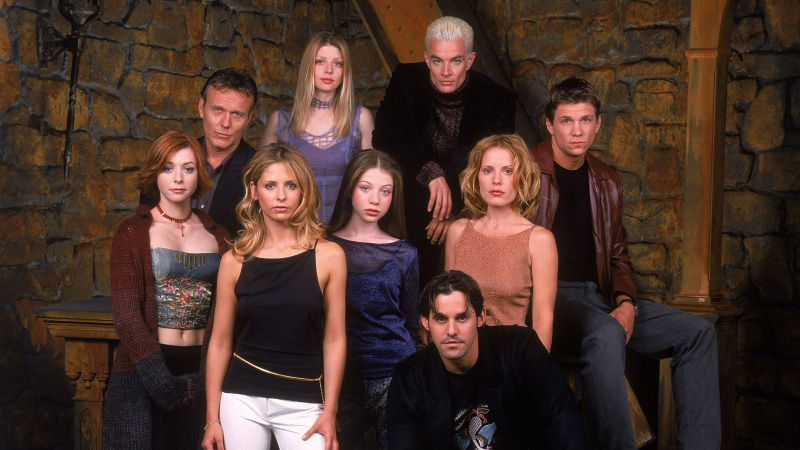 The cast of Buffy’s fifth season. Is it me, or are they all incredibly pouty here?

The Buffy the Vampire Slayer rewatch rolls on. If a little slower than it has been rolling. Season 5 has been done and dusted and I ended it with more than just a little something in my eye.

The fifth season of Buffy the Vampire Slayer was going to be its final season. The WB hadn’t picked it up for a sixth season. But then UPN flew in and Buffy was getting a new lease of life post season five.

However, with this monumental move of networks, Joss Whedon wanted the ending of season five to be somewhat final. To mark an end to Buffy’s time at The WB. And season five was a great swan song to Buffy’s reign at The WB.

Be Back Before Dawn

Ahhh Dawn. The one thing I remember hating with a passion about season five when I first saw it. She threw everything out of whack! Why does Buffy have a little sister?! Why did they have to make Dawn such an annoying brat? So many questions. Which were thankfully answered. Maybe not the brat part though.

I shared this expression when it came to Dawn.

This time around, Dawn was definitely less of an annoyance. More that I’ve definitely got accustomed to her annoyance. And her screaming. Stop screaming girl!

It’s funny how well established the relationship between Buffy and Dawn felt. Well, not just between the sisters, but Dawn’s relationship with everyone. Despite dropping this new character in 5 years into the show, it did feel like she’d always been there. Of course, she had for the characters. Not for us viewers. Even then, watching this time around, it felt perfectly ‘normal’ for Dawn to be there.

One in One Out

So we have a new player with Dawn. And one player out with Riley. Poor Riley. With season four’s end, Riley didn’t really have a place in the fifth season of Buffy. All he was, was Buffy’s beau. He added nothing. He was just there. This is coming from a Riley fan. Poor Riley. 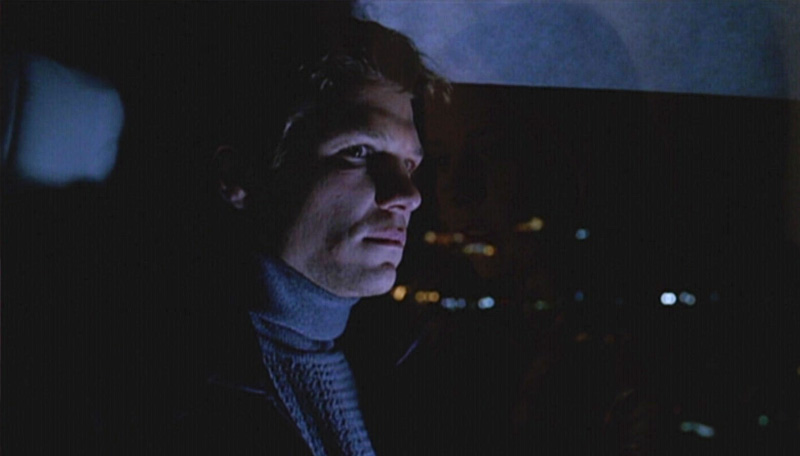 Buffy’s beau’s off. Off to the jungle to fight more evil. And get married to a future Bond girl.

Off he went to the jungle. With Buffy running after him. The best part about that episode? No, not Riley leaving. Xander’s speech to Buffy. My god, does Xander have some of the best monologues. This is definitely in my top monologues from Buffy:

Xander tells Buffy to her face that she is totally, and utterly wrong. In the most beautiful possible way.

But you missed the point. You shut down, Buffy. And you’ve been treating Riley like the rebound guy. When he’s the one that comes along once in a lifetime. He’s never held back with you. He’s risked everything. And you’re about to let him fly because you don’t like ultimatums? If he’s not the guy, if what he needs from you just isn’t there, let him go. Break his heart, and make it a clean break. But if you really think you can love this guy… I’m talking scary, messy, no-emotions-barred need… if you’re ready for that… then think about what you’re about to lose.

If that doesn’t choke you up, you are dead inside.

Season five was a massive season for Buffy. Yes, she went through a lot of crap in season six. But, in my opinion, season five was the toughest for her. Poor girl. She gains a sister. Comes to the realisation that all her memories of her life are mostly a sham because of said new sister. Loses her man. Loses her mother. Has to fight an all-powerful hell God. No wonder she has one moment where she just wants to give up. I’ll give her that moment. Buffy grew up a lot in season five. She had to.

If that single word doesn’t bring a lump to your throat, shame on you. I know Buffy like the back of my hand. And yet that final scene at the end of I Was Made to Love You managed to punch me in the gut hard enough that I forgot to skip the end credits and move along to the next episode. More likely, my subconscious just wasn’t ready for The Body.

The Body has to be one of the most powerful episodes in TV history. Yes, ALL of TV history. Stark. Bleached. Raw. There’s no score music. Joyce’s death hit me hard. The Body was a tough episode to watch. Not like any other Buffy episode. Watching how each character deals with Joyce’s death was heartbreaking. Willow’s inability to pick out something to wear. Xander punching a hole in the wall. The most memorable for me? Anya’s:

This moment in The Body is the single point where I will blubber until there’s nothing left. Anya, you poor ex-demon.

She used to be an immortal demon has the hardest time comprehending death. What’s been put into words here hit a nerve with me. Just reading it again is bringing tears to my eyes!

So what about the big bad of the season? Glory? Well, she’s not a favourite of mine. Wasn’t when I first experienced season five and even less so now. She just plain annoys me. Very quickly got bored with her sass. I get it, you’re a God. Move on.

Glory, you were not and have never been one of my favourite big bads of Buffy. In fact, you were downright annoying.

The Knights of Byzantium were an odd thing to throw into the season. It just felt out-of-place. Yes, I understand you’re knights. You’re a big organisation bent on stopping Hell being unleashed on Earth. You have your knightly duties. But you don’t have to actually be knights. Right?

She did save the world. A lot

The Gift could probably be the perfect ending for a TV show. I’m of the thinking that killing Buffy is the perfect way to end Buffy the Vampire Slayer. After all, how can it continue without the title character.

Buffy Anne Summers. She Saved the world. A lot.

The whole of season five gave Buffy, the character, closure. She’d gone through so much and given so much. She was ready to give the ultimate sacrifice. And it was a beautiful, tearful one. But a happy one at the same time. Yes, my face was a mess with the final shot of Buffy’s tombstone. God, was it a mess. But it just felt right. Buffy had done her duty. Everything in season five was pointing to this. And off she went. The perfect ending. I wish there wasn’t a season six and seven.

Top episodes of the season – Hats off to The Body, No Place Like Home, The Gift, Fool for Love and The Weight of the World.

Those episodes that made me cry – The Body (No person should ever have to see the effects this episode has on me.), Into the Woods, Checkpoint, Forever and The Gift.

The episode I didn’t love – Triangle, I Was Made To Love You, Crush and The Replacement. But that’s me nitpicking.

Season 5’s probably in my top three favourite seasons of Buffy the Vampire Slayer. Strong season. Would have been a fantastic swan song.