Is that they’re just too damn short. Especially when they’re crammed full of everything. Though not enough films. In fact none! I had no time to watch a single film. For shame.

The golden gates of Thorpe Park. Or rather, blue arch way.

Saturday was A-MAZING. It’s been roughly 8 months since my last trip to Thorpe Park so clearly it was time for another. More so because there’s a brand new rollercoaster there I hadn’t been on – The Swarm!

(For you guys who aren’t familiar, Thorpe Park’s this little theme park down my end of the world. It’s small, but packed full of some of the best rollercoasters I’ve ever been on.) 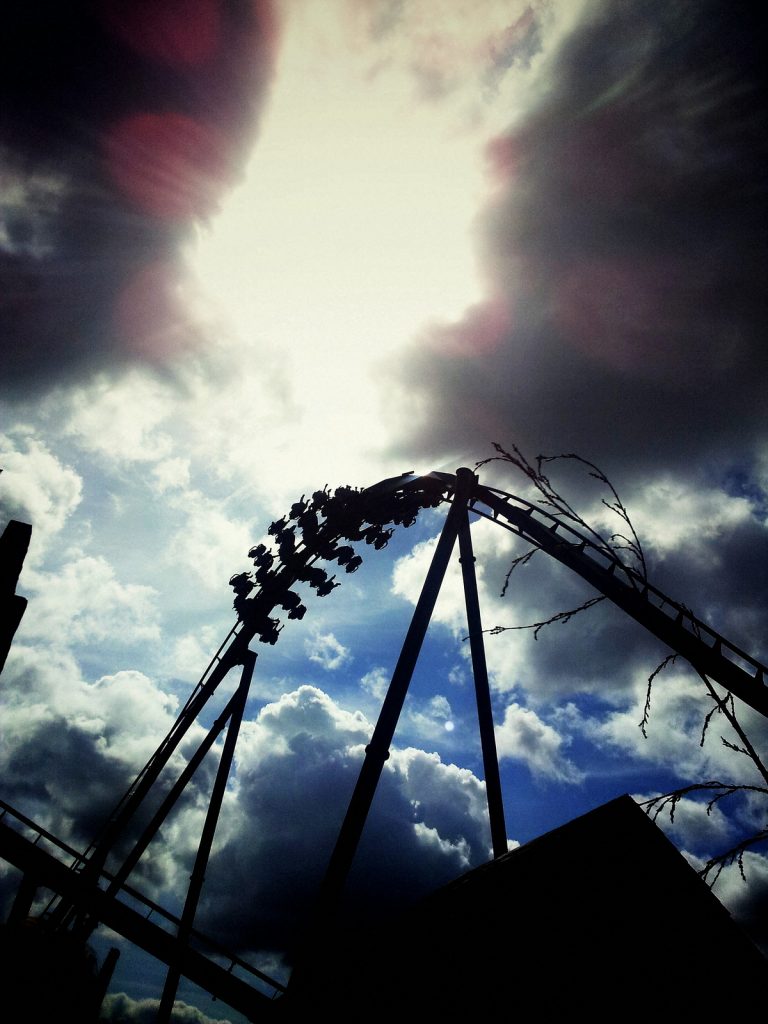 The Swarm at Thorpe Park

We were lucky with the weather on Saturday. Apart from a couple of random showers, it was dry and fairly warm! During one said shower we thought it was a good idea to cram 5 adults into one teacup for the Teacup ride. While not a good idea, I do hope it’s not the last time we do that.

The thing with theme parks is that they completely knacker me out. Could have slept for a lot longer than I did on Saturday night. But Sunday arrived far too quickly and I was needed!

I was a very good sister and spent the day helping my brother with some DIY at his place. For the whole entirety of the day. Don’t think I got home until half night Sunday evening. I was painting, sanding, drilling, poly-filling. Not in that order. That would make for a horrific finish.

And then it was Monday…

Woke up this morning wishing it was Sunday morning. But it wasn’t so the only thing I could do was, pull the covers over my head and do my best to ignore the morning. Fifteen minutes later I forced myself out of bed.

As much as I hate it when weekends fly by, it is a nice feeling knowing that I did something useful on the weekend. And yes, I count going to Thorpe Park as useful.

So how was your weekend?