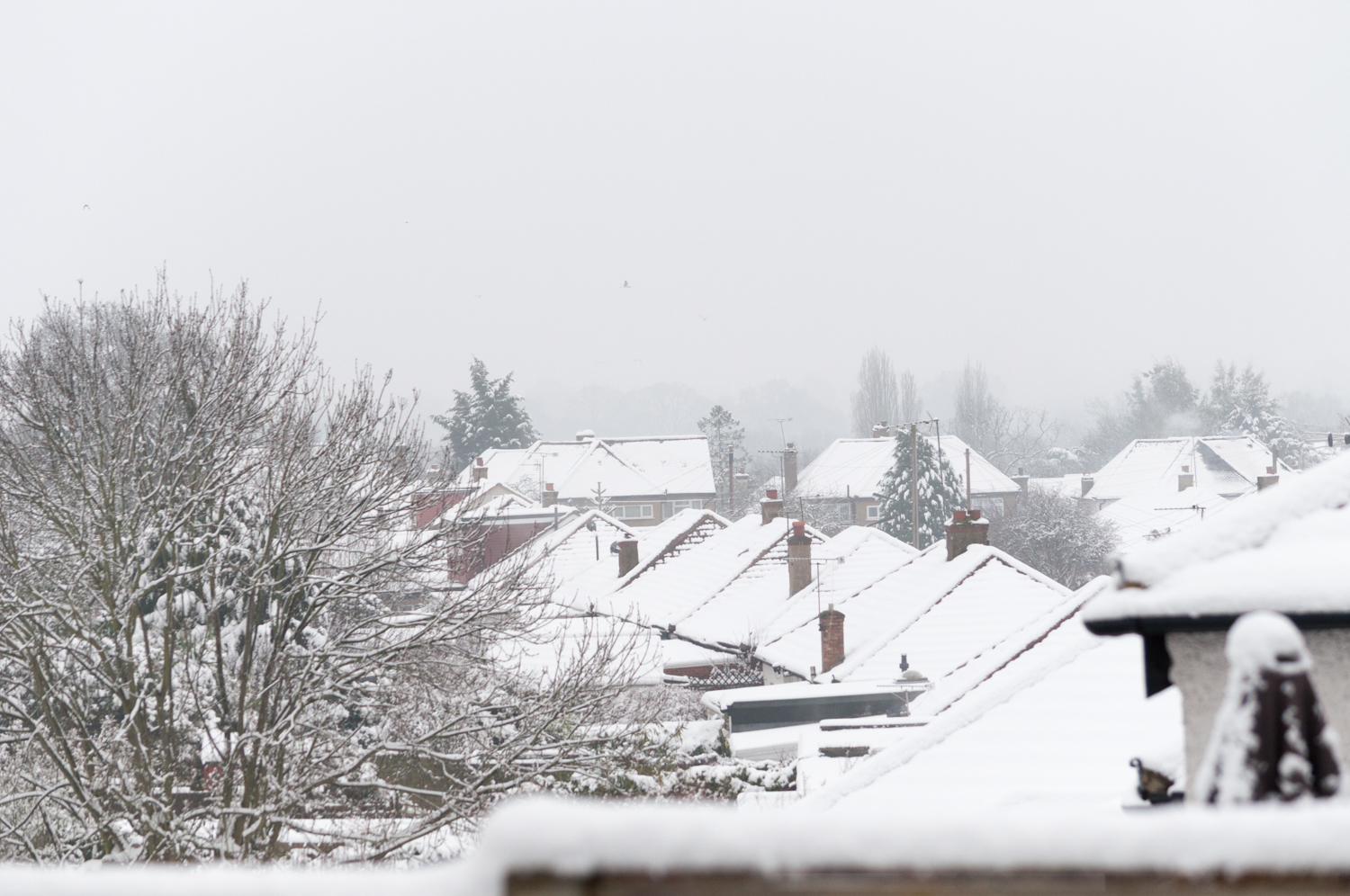 This is my first full winter out of England. And while it’s lovely waking up to sunny skies every day. Being able to go out without having to wrap up. Or wondering if it’ll rain and do I need a brolly. I’m finding there are a few things I miss about winter. Who’d have thunk it? Didn’t I complain about winter all the time in England?

Still my favourite shot of Cody. The look of betrayal on her face. Yes, it was me that put the snow on her.

Yes, I complained about it most of the time, because I usually had to work! But snow is fun. Whatever age you are. It’s awesome building a snowman. Mucking around in the snow and generally acting like a child. We don’t get a lot of snow in London, but occasionally they’d be enough for a snow day and you get to spend hours just staring out the window watching the snow fall.

Love the sound of walking over crispy, frozen ground.

When you wake up and you’re really glad the central heating is on. You step outside and the air is FRESH. It feels almost like a smack in the face. But you suck it up and soldier on, all wrapped up with hat, scarves, gloves and whatever else you’ve got on to keep you warm.

This is perhaps more of an autumn thing, but the side of autumn that’s closer to winter. Everything’s hidden in a dense fog outside. So dense it even muffles the sound of people and cars. Well, it did where I used to live.

Walking in the countryside in winter in England has a certain charm about it. Is it an English thing to enjoy it? That fresh feeling. And the countryside part of it too. I’ve always enjoyed that.

Curling up under a blanket

Whether it’s watching a film on the sofa, or bedding down under the comfiest duvet in the world in bed, there is no better feeling. I try to replicate it by making the AC blast cold air, so I’ve got no option but to curl up under a blanket. It’s not the same.

One of my fashion staples of any season in England were my boots. Knee highs, mid-calf, ankle. BOOTS! I love all my boots and there is almost zero reason to wear boots here. It’s only just about cool enough for me to get away with my ankle boots. My knee highs and calf-length are still in England. I’ll never be able to wear them here.

You might be thinking – it’s all well and good you saying this, being in a lovely country where it’s still at least 22C during the day. Yes, I know. It’s lovely being here. But, damn, I miss the seasons!