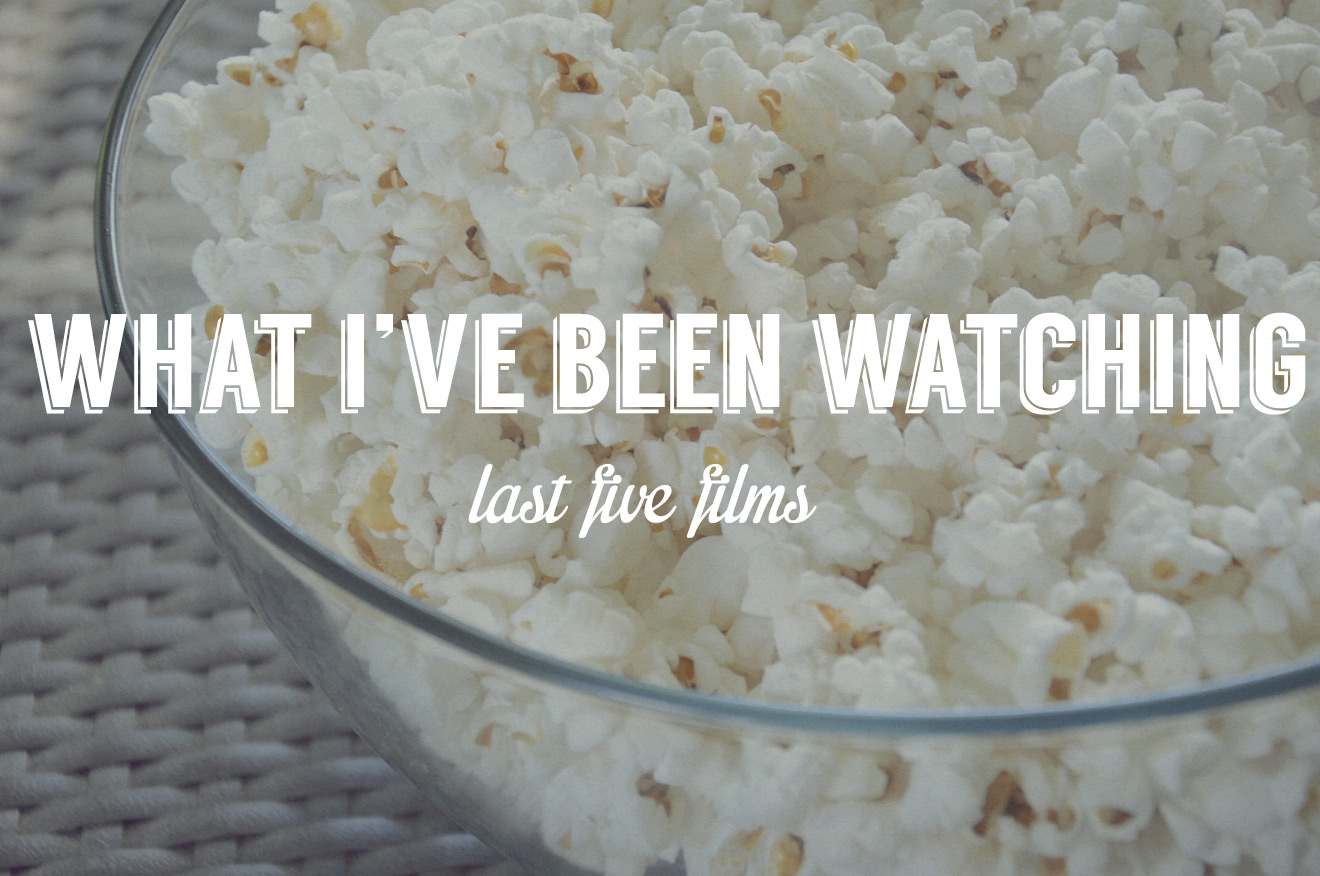 Pre-Bahrain I spent a fair amount of my weekends in Summer at the cinema. Well, maybe not weekends, but certainly a lot of Friday nights. See, I’m a sucker for blockbuster films.

Sure we get them here. But as I’ve mentioned before, films can tend to be cut. But you’re left guessing as to which films and what’s been cut. The safest thing for a film fan like myself to do is just see the film on the small screen. So while I wait for summer blockbusters, I catch up on other films.

It’s been such a long time since I mentioned anything film related on this blog. I’ve been wondering whether it fits in anymore here. But I tend to over think things. So to tell with the wondering and here’s the last five films I’ve seen. That are mostly not even recent releases.

Anish was shocked to hear that I hadn’t heard of Wet Hot American Summer, let alone seen it. With the TV show due to appear on Netflix any day (not that we have Netflix to be able to watch the show :() the issue of me never having seen this film was fixed.

It’s a funny film. Not going so far as to say hysterical, or laugh-out-loud funny. But just funny. I cracked a grin through the jokes. It’s a ridiculous film. With an even more ridiculous cast. Everyone from freaking Paul Rudd to Bradley Cooper and Amy Poehler? How in the hell did they manage that?

Would totally recommend it if you like your comedy with a touch of silliness and crudeness in it. Now just need to catch up with the TV show.

Song of the Sea

Tear my heart out, Song of the Sea, why don’t you! Song of the Sea is an enchanting and magical story, perfectly animated with a score that will tear a hole in your heart when the time calls for it.

From the start of this film, I had a feeling I would be needing a box of tissues. And I wasn’t wrong. Anish dutifully handed me the box as he heard me sobbing through parts of the film.

I’d like to think this is the sort of animated film that’ll grab the attention of the young ‘uns as well as us oldies. But I think the oldies will get more out of it. Song of the Sea gets a big recommendation from me.

One of the few films to be seen at the cinema! As it’s an animated film – what on earth could be cut out of this one?

Inside Out reminded me of a girl I used to go to school with. With her incessant need to be happy and joyful all the time. That you can’t let that little bit of sadness because everything is happy-happy-happy all the time. I really hate people like that.

While not Pixar’s best (don’t think me crazy, but I would rank Brave above Inside Out), Inside Out has a really great message behind it. And yes, like Song of the Sea, I found myself with a tear-streaked face.

Horror films were an almost weekly thing for me. Bad ones. Good ones. I do appreciate a good scare. Mama is not a bad one. Nor is it a very good one. It dead in the centre and no one really wants to be there.

Mama is a horror film that relies cheap scare tactics (the whole loud noise, sudden camera pan or zoom into the ajar closet door). Things got very bat shit crazy towards the end. And not in the good way.

While I didn’t like the film, it felt good to watch a horror film. Oh how I missed them.

The Imitation Game is one of those films that make you feel incredible happy and sad by the time the credits are scrolling. Alan Turing was very cleverly portrayed in the film – while to the characters in the film he was seen as an arrogant genius, the audience watching were given a very different view of Turing. And this is what makes this film.

Astounded that the secrets of the Engima machine code-crackers was kept for so long. And that it wasn’t until a couple of years ago that Alan Turing was pardoned by the Queen.

The Imitation Game is a fantastic film. One of the few brilliant biopics.

Seen any great films recently? I am always up for some recommendations! You can check out all the films I’ve seen (since 2010) right here.

Photo up top by Alex Munsell, edited by me